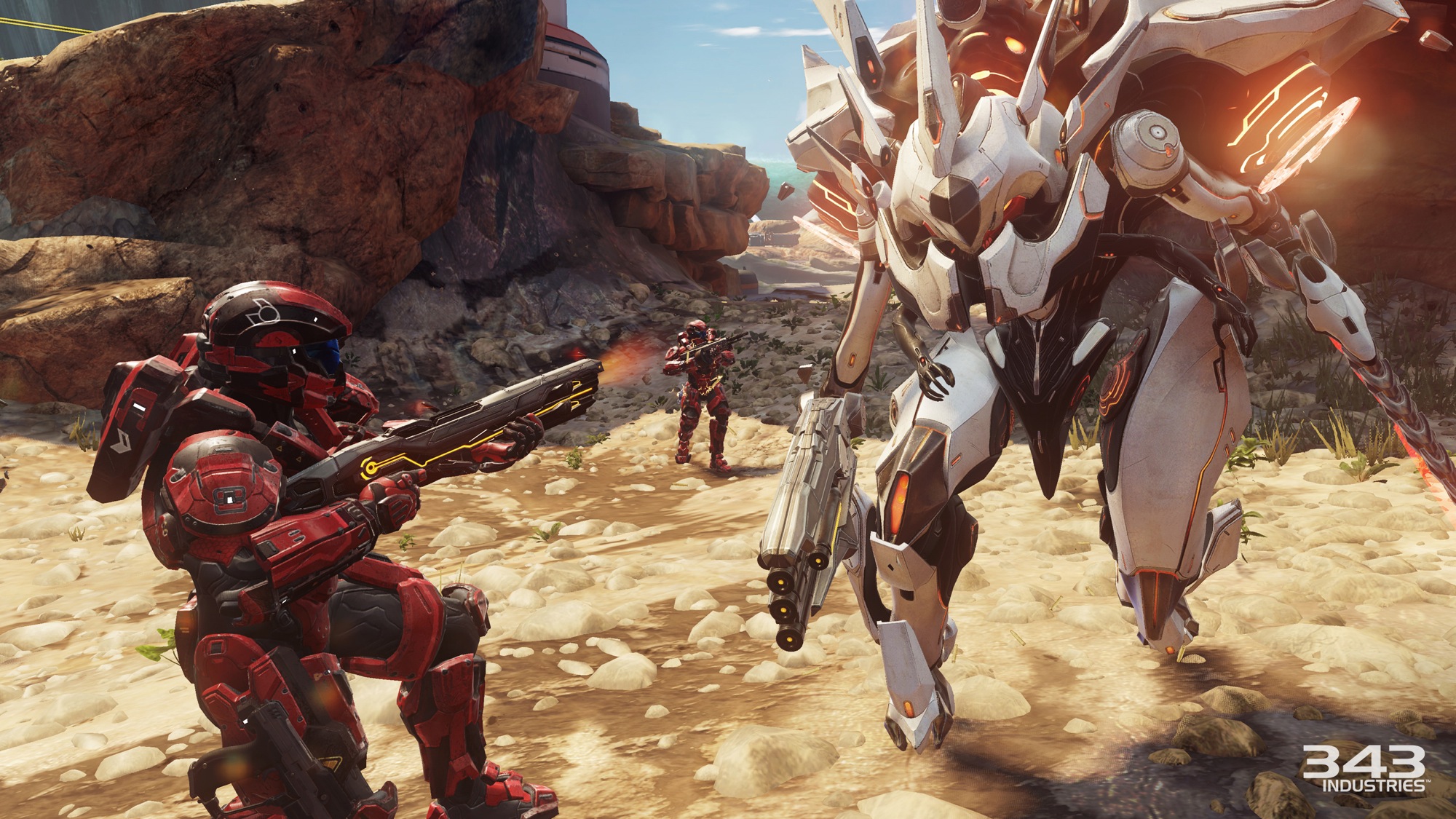 Upgrade your arsenal in Halo 5: Guardians with these secret mythic weapons scattered across the campaign. The upgraded weapons have unique names and special effects that can help make the hardest difficulty slightly more manageable. Learn how to get all 16 weapons we’ve found so far with the locations guide below.

To add more variety (and better things to unlock) in the new Warzone mode, the developers at 343 Studios upgraded the basic weapons with powerful variants. Instead of making these weapons more powerful, they’ve got a variety of special effects and bonuses that can completely change the way you’ll use them. Sniper Rifles fire a V-shaped beam instead of an accurate shot, UNSC Shotguns blast burning lead and semi-auto laser cannons launch of barrage of homing bullets like a Needler. There’s even a Needler variant to play around with. Get a taste with the 16 weapon variants hidden in the Halo 5 campaign.

Change the campaign with some hidden Halo 5: Guardians Easter eggs or hunt down all thirteen Halo 5 skulls with our locations guide to add challenge or weirdness to your cooperative adventure.

There are 16 secret Weapon Variants in the Guardians campaign. Find them all with these locations.