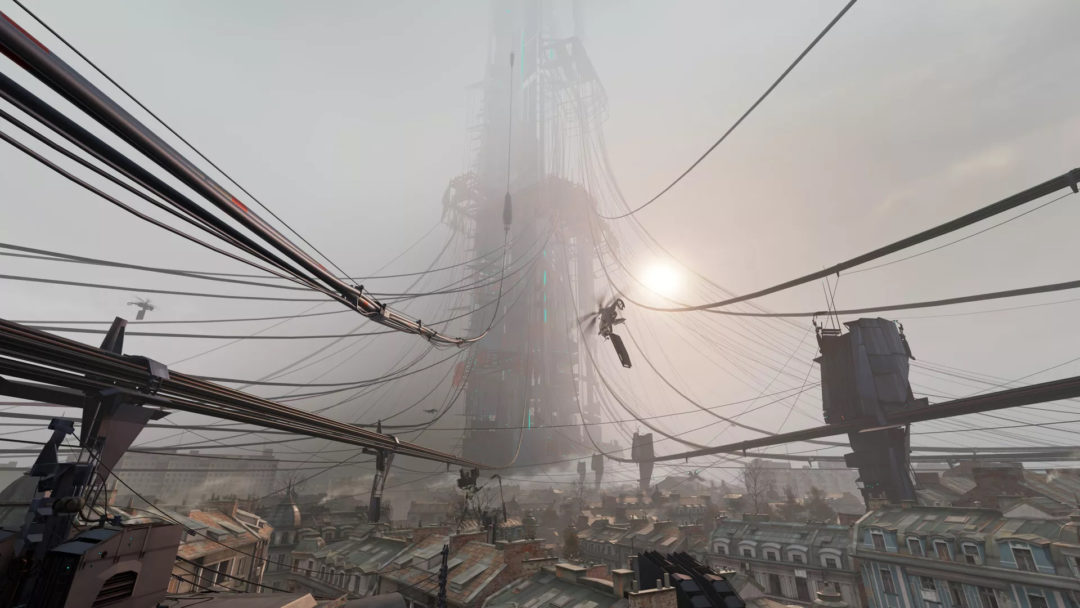 Half-Life: Alyx marks Valve’s return to one of gaming’s most legendary franchises. Launching as a VR exclusive, Half-Life: Alyx takes place in-between the events of Half-Life and Half-Life 2 and is planned to launch in March 2020. Valve says this new entry is being treated as “the next part of the Half-Life story.” Along with this, Valve says fans can expect the game to be about as long as Half-Life 2.

Check out what the first Half-Life game in more than a decade looks like in Half-Life: Alyx’s first trailer.

From exploration and inventive combat to puzzle solving, the game will include all of the things fans have come to love about the series. There are a few changes of course, including the fact that fans will play as series regular Alyx Vance instead of Gordon Freeman. Additionally, Alyx’s past voice actress, Merle Dandridge, will not return to reprise the role. Instead, Ozioma Akagha will be playing the character.

With the decision to make Alyx the franchise’s first voiced playable protagonist, Valve says it now has different opportunities to help tell an engaging narrative:

Early on we decided it was important that playing as Alyx felt different to playing as Gordon Freeman. Alyx being an active participant in conversations made it much, much easier to incorporate narrative into the game in natural ways, and as a result there’s a higher density of storytelling over the course of the game.

Half-Life: Alyx has been added to the series’s official website, and eager fans can pre-purchase the game on Steam. The Steam page also sets a foundation for the story Valve plans to tell:

The Combine’s control of the planet since the Black Mesa incident has only strengthened as they corral the remaining population in cities. Among them are some of Earth’s greatest scientists: you and your father, Dr. Eli Vance. As founders of a fledgling resistance, you’ve continued your clandestine scientific activity—performing critical research and building invaluable tools for the few humans brave enough to defy the Combine. Every day, you learn more about your enemy, and every day you work toward finding a weakness.

Some additional details came from a 20-minute video posted by The Game Awards that focuses on the game’s development behind the scenes. Most notably, it reveals that Firewatch developer Campo Santo has been helping work on Half-Life: Alyx. Campo Santo has been developing its upcoming In the Valley of Gods but hasn’t given much of an update on the project in quite some time. Though it isn’t clear how involved the studio is with Half-Life: Alyx, this new revelation might explain the lack of news about the team’s second title.

For those still clamoring for Half-Life 3, there may be a light at the end of the tunnel. During an interview with The Verge, Valve’s David Speyrer said the team will be looking to gauge fan reaction once Half-Life: Alyx is out and even said that they would “love to continue pushing forward.”

Half-Life: Alyx will be compatible with all PC VR headsets. Though, as an added bonus for Valve Index owners, the game will be available to download free of charge. Stay tuned for further updates on this major Valve title.