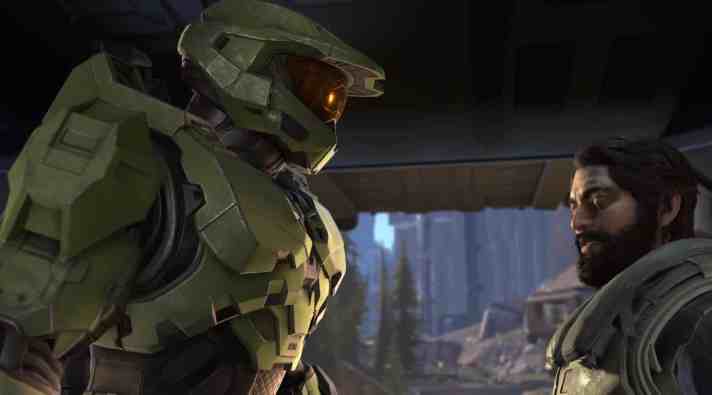 After years of painfully waiting, we’ve finally gotten a look at Halo Infinite gameplay. The footage premiered today during the long-awaited Xbox Series X-focused Xbox Games Showcase and seems to pick up immediately after the game’s most recent trailer, which debuted at last year’s E3.

Some details that we learned from yesterday’s box art reveal, such as Master Chief’s grappling hook, were shown off in the video. Judging by the footage, it seems players will be able to grapple onto enemies, the environment, and different items. Developer 343 Industries’ Halo Infinite is set to launch holiday 2020.

Take a look at the world premiere Step Inside and the gameplay video below.

343 studio head Chris Lee jumped on after the premiere to talk about the game, confirming that Halo Infinite features a “mysterious new Halo ring that is several times larger than [343’s] last two Halo games combined.” The studio head also added that the game has been built from the ground up for Xbox Series X for complex visuals and will run at 60 frames per second.

More will be shared about Master Chief and Halo Infinite, including its multiplayer component, in the coming months.

Microsoft’s Phil Spencer hinted in a recent interview that Halo Infinite could have some sort of unique structure. There is speculation that the game could have a long life long after launch, whether that be through post-launch DLC or frequent updates.