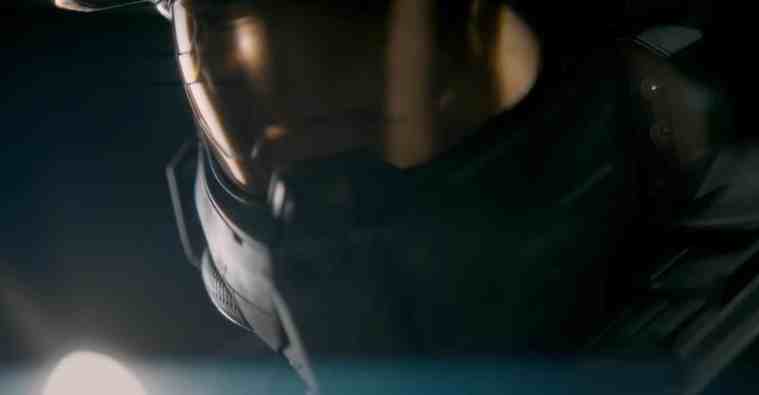 Thanks to Microsoft’s 20th anniversary Xbox celebration event, we have finally been given a very brief look at Pablo Schreiber as Master Chief in the first teaser trailer for the Paramount+ Halo TV series. It’s not much, but the live-action Spartan-117 is still a sight to behold. His suit design seems to fall more in line with the grittier aesthetics of Halo 4 and Halo 5: Guardians, though it’s unclear if the show’s narrative will share characteristics with those games. You can say hello to Master Chief (and what sounds like Jen Taylor’s Cortana) in the first Halo TV show teaser trailer below.

The Halo TV show was originally set to come to Showtime before making the switch to Paramount+, though the former is still producing the series with franchise developer 343 Industries and Steven Spielberg’s Amblin Television. The cast includes Natascha McElhone as Spartan soldier creator Dr. Catherine Halsey, Bokeem Woodbine as Soren-066, Shabana Azmi as Admiral Margaret Parangosky, and more. Despite some shifts in showrunner, the live-action Halo project appears to be on track.

This first look at Schreiber’s take on Spartan-117 arrives the same day as the 20th anniversary for Xbox and the Halo franchise. A live-action look at Master Chief is quite the way to celebrate, but Xbox developer 343 Industries added to the festivities by announcing the surprise launch of the multiplayer component for the next entry in the franchise, Halo Infinite. You can play Halo Infinite’s free-to-play multiplayer component now, though you’ll have to wait until December 8, 2021 to play the game’s new campaign mode.

Paramount+’s Halo TV show is expected to come to the streaming service sometime in 2022, and until then, there is that 30-second teaser trailer clip to watch on loop.