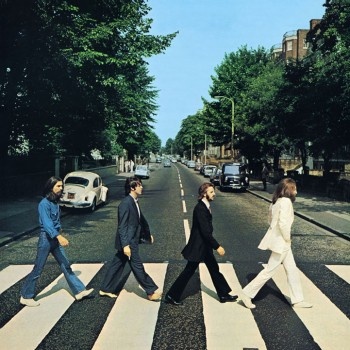 You’ll be paying about the same price you pay for a real album when you buy one of The Beatles: Rock Band‘s DLC albums, starting with Abbey Road in October, which comes with one very neat bonus.

As expected, Harmonix seems to have a pretty clear cut schedule for releasing DLC for their newest music game bonanza, The Beatles: Rock Band.

It all starts with Abbey Road, which will follow a good amount of time after the game’s release on September 9 when it hits on October 20. Abbey Road will run you $16.98 (or 1360 MS Points) for the full album and $1.99 a pop for each individual track.

If the idea of $17 DLC is a bit hard to swallow for those of you who haven’t coughed up cash for Rock Band albums before, there is one neat extra Harmonix is packing in: the DLC will come with a playable version of the 16-minute B-side medley from the album, which packs eight songs onto one continuous track for a serious Beatles: Rock Band marathon experience.

Sgt. Pepper’s Lonely Hearts Club Band will follow sometime in November, and Rubber Soul will drop in December. Just in time for gifting some Microsoft Points for Christmas!

Naturally, the question remains of what’s up next for album DLC – Revolver? – but what we do know is that regular old Rock Band still has plenty of content in the pipes: Harmonix’s Alex Rigopulos says that new tracks from Queen, Nirvana, Tom Petty, Elton John, Iggy Pop, The White Stripes, Pantera, Talking Heads, Korn, The Raconteurs will all be coming to Rock Band in the near future.