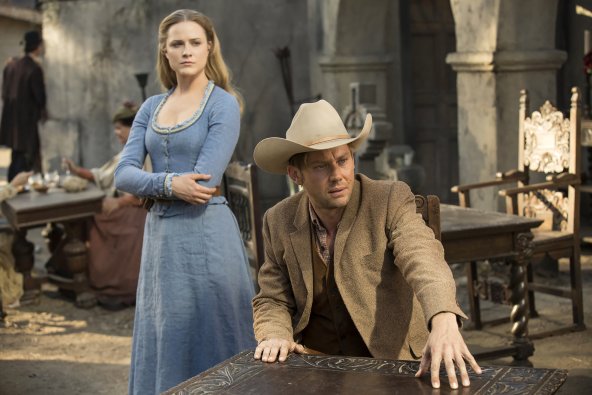 You know your friend who is always on about buying physical copies of shows and movies because you never know when a streaming service may take them away? They were right. HBO Max, under the guidance of new Warner Bros. Discover CEO David Zaslav, is removing even more shows from its platform as end-of-the-year financial reviews make it clear that not having them on the streaming platform would help benefit the bottom line. Shows HBO Max is removing now include Lionsgate TV’s Minx and Love Life, Sony TV’s Gordita Chronicles, and WB’s Westworld and The Nevers. This all comes on the heels of Zaslav’s already shocking decisions to cancel films like Batgirl and basically scrub half of HBO Max’s animation content from the face of the earth.

While the removal from HBO Max of shows like Minx, which was recently canceled after being renewed for a second season, isn’t quite that shocking as they didn’t really have that much of a cultural foothold, two WB shows like Westworld and The Nevers being completely removed is pretty insane. The Nevers didn’t really catch on in a big way, especially with the controversy surrounding its creator, Joss Whedon, but it was still a headliner for the streamer and the second half of its first season hasn’t even come out yet. Meanwhile, Westworld was, at least briefly, a cultural phenomenon and a massive brand icon for HBO Max. The series received a surprise cancellation under Zaslav, partially attributed to its later seasons not being that great, but removing it entirely from HBO Max seems aggressive, especially for fans who may not have caught up with the show.

These moves are probably being made for tax purposes and to release the series in other formats. Deadline is reporting that there are plans for both Westworld and The Nevers to show up on other platforms in the future. What platforms? Zaslav is reportedly very interested in entering the FAST (Free Ad-Supported TV) channel space (think Pluto TV or Tubi), and the shows could show up there. FAST streaming platforms have traditionally leaned more into vintage and second-tier TV shows as you can get those shows easy and cheap, but bringing high-end series like these two to them would definitely change that. It would also mean that you couldn’t watch the series on demand, as those platforms are built like TV stations, with scheduled programming.