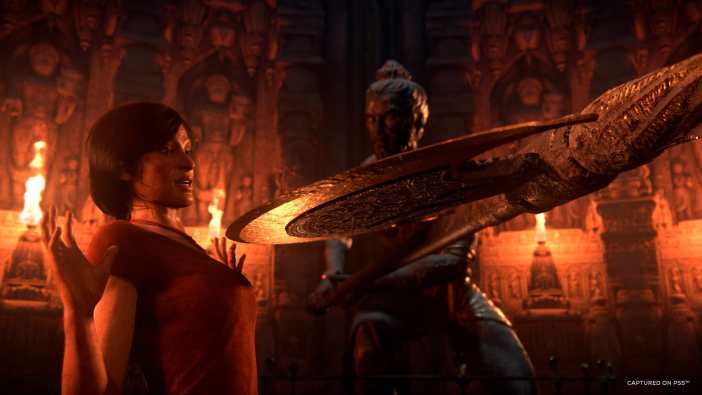 PlayStation 4 title Uncharted 4: A Thief’s End and its standalone DLC, The Lost Legacy, are coming to PlayStation 5 (PS5) and PC via Steam and Epic Games Store as a bundle called Uncharted: Legacy of Thieves Collection,  with the PS5 version launching on January 28, 2022, and now it is available to preorder. Sony has shared an Uncharted: Legacy of Thieves Collection preorder trailer showing off how good they look on PS5, as they come with a suite of visual upgrades and gameplay enhancements. Those who already own any version of the PS4 titles will be able to upgrade for $10, and purchasing the collection on its own is $49.99.

A PlayStation.Blog post describes features of the remastered Naughty Dog titles. Uncharted 4 and The Lost Legacy both offer your usual Fidelity and Performance modes, allowing players to play with 4K visuals at 30 FPS or lower resolution at 60 FPS, respectively. Alternatively, Uncharted: Legacy of Thieves Collection also offers a Performance+ Mode that brings the visuals to 1080p but targets 120 FPS.

Load times are “near instant,” and the bundle provides spatial 3D audio for a more immersive experience. PS5 players will also be able to take advantage of the DualSense controller’s haptic feedback and adaptive triggers to really feel the impact of every punch and rope swing in Uncharted. Despite launching all the way back in 2016, Uncharted 4 remains one of PS4’s most visually impressive titles, so these additional features coming with Uncharted: Legacy of Thieves Collection are only icing on the cake.

But wait, there’s more: Players in Australia, New Zealand, the UK, and the US who purchase or upgrade on the PlayStation Store before February 3, 2022, will be rewarded a voucher for one ticket to see the new Tom Holland-starring live-action Uncharted film. It’s currently set to hit theaters on February 18, 2022.