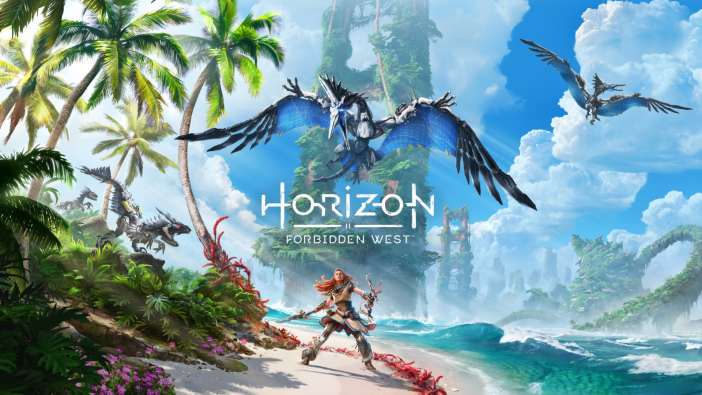 Sony and Guerrilla Games have shared a launch window and new gameplay details on their PlayStation 5 sequel, Horizon Forbidden West. Game director Mathijs de Jonge hosted a Guerrilla Talks video focused on delivering updates for the game, confirming plans to launch in 2021. The three-minute video can be watched below.

Horizon Forbidden West features “virtually no loading screens,” even when considering fast travel and boot-up times. The game’s map is a bit bigger, too, but it also has new underwater locations for Aloy to explore. Jonge promises that Horizon Forbidden West will have “dozens” of new machines, some of which are visible in last week’s PlayStation 5 reveal footage.

With new machines come new tribes as well. While some of the new tribes are peaceful, others will attack Aloy on sight. One example of a new faction includes a group that has learned how to control machines to use them to their advantage. Another gameplay feature coming in Horizon Forbidden West sees players dealing with massive storms.

Jonge says Aloy is “on an epic quest to solve mysteries and secrets that will change her life forever.” Regarding the title of the game, he says that “Forbidden West” actually refers to a new frontier that spans from Utah to the Pacific Ocean.

Sony is still in the process of rolling out new information on its PlayStation 5, so stay tuned for more updates.