Another Halloween has passed, meaning the single night of the year when costumes are socially acceptable attire is over, and most people go back to being obnoxious to anyone found outside a convention in cosplay. Granted, Halloween isn’t quite the same as cosplay – many cosplayers don’t go out for Halloween and joke that Halloween is amateur hour. I’m not sure that’s so much a reference to the costumes though. It’s more that we just don’t want to deal with the sloppy drunks, cold weather, and the annual histrionics regarding the perceived oppression of women through sexy fairytale costumes.

Halloween is weird to a cosplayer. All of a sudden the sartorial conformists who think we’re freaks the rest of the year have fun dressing up… and they never question how odd it is that, in their minds, it’s okay to do this one day a year and one day only because… reasons. Any other day they think it’s okay to take pictures of us eating, catcall us on the street, and ask us if Halloween came early. Perhaps that last extremely tired line is another reason most cosplayers don’t do Halloween. 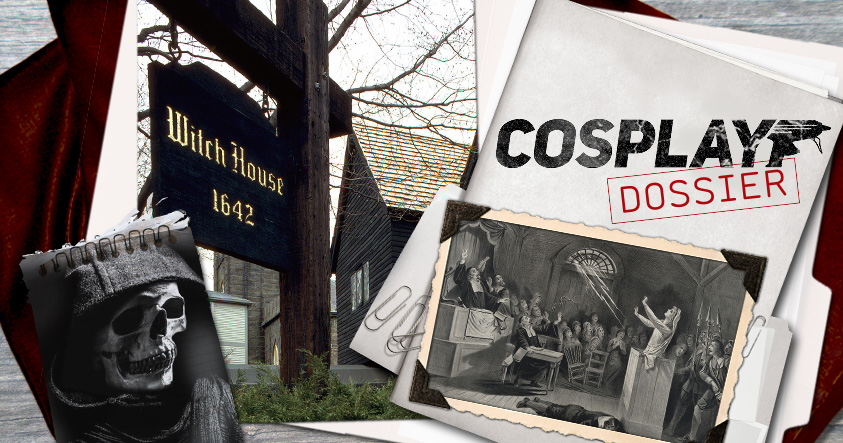 The mental partition that normies have around Halloween has always struck me as strange, because our society revolves around costumes. Military dress uniforms serve no purpose other than ornament. A judge’s robe serves no purpose other than to indicate that they are a judge… or possibly a wizard. And of course, the “power suits” associated with the business world are impractical, expensive, and inconvenient to clean… but they’re status symbols so some people put one on every morning.

Walking the streets of Salem, Massachusetts in costume was a real eye-opener, because no one stared at us like we were crazy. When we went into a restaurant, we didn’t get the “oh god eat quickly and leave” looks from the staff. And people didn’t keep their children on the other side of them in case we were the bad kind of crazy. The worst part of a convention for me is getting to and from that convention, because the normie stares drive me crazy. 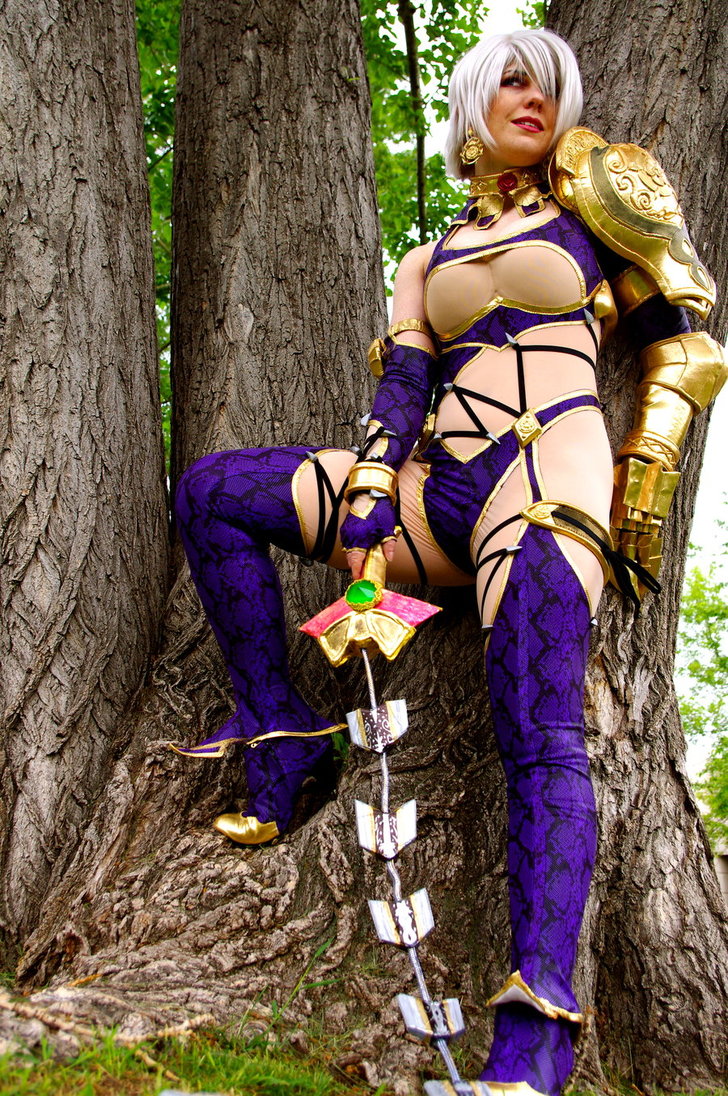 The normie stare is a look that combines amusement, condescension and disgust while trying to hide the disgust. It’s a look more appropriate for someone with a gaping head wound than a person wearing a costume. The greatest normie stares I’ve ever experienced was when the Progressive Conservative Party of Ontario held their annual convention in the same building and the same weekend as Anime North. I asked one of the very confused-looking Conservatives if the Ivy Valentine cosplay I was wearing upheld conservative values. I got a vaguely hypnotized thumbs up.

In Salem, the whole month is a Halloween party, so no one is struck dumb like that. It’s Mardi Gras without the nudity, and it’s very good for business. But the business benefits don’t stop some normies in towns with big conventions from giving cosplayers the normie stare. There’s a set of train tracks in San Diego that mark the boundary between a cosplay-friendly environment and catcalls, dumb comments, and open leering in the Gaslamp Quarter. Even in Los Angeles, a city you would think would have residents immune to eccentricity, there are a surprising number of gawkers if you dare to go into Walgreens dressed as a character from Tron. Yeah. I won’t do that again.

There was none of that in the Salem area. I want to believe that’s connected to the fact that the city was the site of an intolerant, murderous moral panic, and constant reminders of that exist via a memorial to those who were hanged in a graveyard in the center of the city. It’s like everyone is immersed in the ethic of “don’t be a jerk! We’ve already filled our quota here!”

We’ve come a long way as a society since the witch hysteria of 1692, but we still struggle with those seeds of fear of those who are different. That’s not just an American thing, either. We had a whole ugly debate about the niqab up here in Canada, during which I constantly had to stop my nerdy gamer self from interjecting “Just pretend they’re female Krogans and shut up about all of this!”

That reference would have fallen flat because Krogans are not as well known by the masses as I think they should be, despite Krogans being awesome. Geeks have points of reference that others don’t – we don’t get offended, for instance, when compared to an alien race.

My awkward internal monologue aside, a Muslim woman with her face covered gets the same normie stare that cosplayers do. I think that what she wears, and what I wear, should be of no concern to anyone else… with some exceptions. If I walked down the street in a chainmail bikini, I would expect people to stare just because I’m that fabulous.

Great boobs and joking aside, the normie stare undeniably comes from a place that’s intolerant of differences. People generally know it’s rude to stare. Staring is a gut level thing. You catch yourself doing it and stop… unless some social excuse makes you believe you have license to keep staring.

I wish these staring normies would have the opportunity to experience the world as various other characters, because it does give you a perspective on the world beyond your core identity. Being subjected to the normie stare on a regular basis has made me more likely to celebrate a person’s differences than be intimidated by them. I’ve been dismissed as “just a cosplayer” — which is a code phrase for “fake geek girl bimbo” — slut shamed online, and people have even sent some of my “incriminating” cosplay pictures to my mother. That was annoying, and these experiences have made me more likely to question whether another person’s unusual behavior is causing harm to anyone else.

But we also live in a time when white kids are dressing up like Princess Tiana and Falcon from the Avengers because they don’t see people of other races as an Other, and that’s wonderful… if a bit awkward when my friend had to tell his son that, no, he would not paint his face brown for his costume. By kid logic, being the Hulk had meant green face paint, and he was innocent of anything being different in the case of a character who was black.

In the cosplay world, if two men hold hands in public, no one cares. If a woman assumes a male gender identity, no one cares. We’re still working on the idiot comments when a black woman cosplays Sailor Moon or an Asian guy cosplays Doctor Who, but the point is that we’re working on it. We’re not closing off our minds and citing family values or something equally complacent.

Because cosplayers have felt the normie stare. So we don’t want to be anything like those staring normies.