When I met Jessica Nigri, she made the comment that cosplay makes her a better person. I was just reminded of how this works this past weekend, when I had the opportunity to go to North Carolina Comicon with The Escapist‘s team.

The photo I supplied for the promotional Agents of Cosplay postcard was me in my Ivy Valentine cosplay, so logically I thought it would be best to also wear that costume. I had a discussion with the utterly amazing Editorial Director, Janelle Bonanno, about the “appropriateness” of the costume for a public event, and Janelle basically said that she’d bring down the Brooklyn on anyone who gave me a hard time about it. 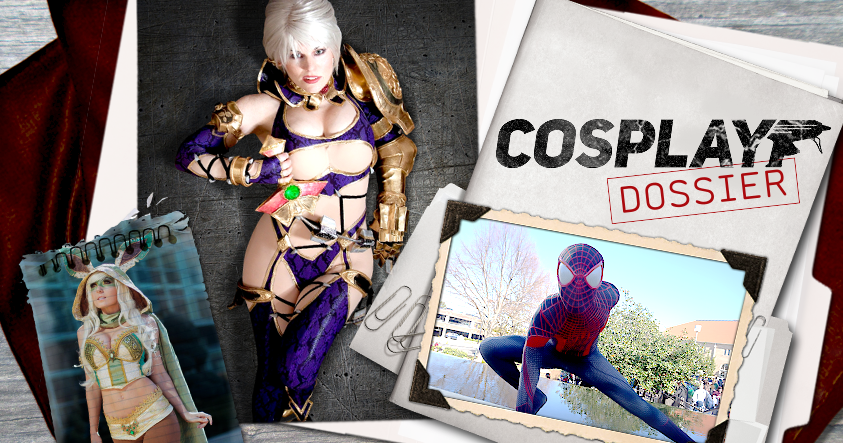 Janelle bringing down the Brooklyn is a serious threat. You really don’t want Janelle mad at you. So, okay, I was committed to Ivy Valentine Saturday. A few days later, the sense of “oh god, what am I doing?!” hit me hard.

I hadn’t worn that costume in three years, since I’d hurt my knee in a Sailor Moon-related injury. Taking an arrow in the knee had given my physical confidence a knock, because my legs aren’t even the same size anymore due to muscle atrophy. I’d also never travelled with that costume and had no idea how to pack it. My “logical” thought processes had, in fact, really not thought this through. I’d been too excited to be invited! What the hell was I doing?!

Did I really need any more people calling me fat or a slut?

Did I really need people commenting on my “internalized misogyny” while more “men’s rights” groups sniped that people only paid attention to me because I was pretty? Did I really want to leverage being pretty at all? Because oh god you can never really win that game.

Did I want to have another “ass cops” incident where I’d be publicly embarrassed and have to change? I brought an extra costume, just in case. I didn’t want to embarrass the website or cause a scandal.

The downside of this visual protest statement is that there’s a lot of pressure to perform on said “unrealistic” body. Because it actually is real, and real bodies do weird, unpredictable things.

Like bloating to Snorlax proportions on an airplane. A day in a corset and compression stockings helped, but I wasn’t going to be in ideal Ivy shape… which is why I’d never travelled with that costume before. The other thing I discovered is that my ankles are still surprisingly weak: this happens when your knees get wrecked. When you’re planning to be half-naked in public, however, any physical weakness really messes with your head.

In the grand scheme of things, however, these things were not important, and eventually, I was pissed off at myself over the inherent stupidity of being so freaked out over vanity. To paraphrase Yoda, when thirty-seven years old most people reach, look this good, they will not. But… argh! People are mean! I’d gotten stuck in a mental loop, and spent Friday night driving myself crazy instead of sleeping.

I was also facing down an endurance test for my bladder, because that costume just takes too long to take off and put back on again. So I had to get through the majority of a convention day without using the little girls room, without dehydrating, and without becoming too caffeine depleted. Why did I do this to myself again? Oh, right. I was making a point.

As I was getting dressed, I also discovered that the velcro strap on the right armband of the costume had separated from the fabric. I hot glued it on while I was wearing it. Yeah. That was hotter than I expected it would be. That kind of pain is a cosplayer’s version of a runner’s high.

The final challenge was the cosplay version of a “ho stro” through normie land from the hotel to the convention center. I absolutely hate the stares. It’s like a theater audience being able to see a performer out of character backstage. I’m afraid it breaks the mystique. So I wrapped a super trendy shawl around my fantasy-armored shoulders, and hummed gunslinger music to myself as I attempted to manufacture a confident strut from point A to point B… and not fall flat on my face due to weak ankles.

I made it. And all the stress was totally worth it. 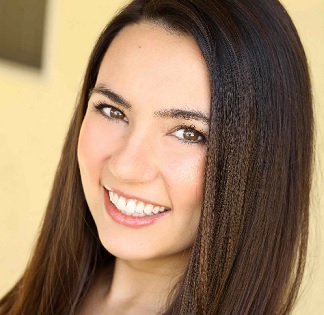 The rest of the day was the stuff of nerd girl power. Fellow Escapist host Trisha Hershberger was dressed as Tifa Lockhart and we shared our passion for pinup modelling and indie games. She also showed me some great sites for custom-decorated nerd girl shoes. Insert shameless plug for her show, Take My Money, here.

Janelle zoomed around like a superhero combined with a fairy godmother, making sure Trisha and I ate actual food. (Including the best pizza ever on Sunday.) And Newton Grant, the VP of Sales, made sure we were supplied with the cosplay nectar of the gods: Red Bull.

Then Alexander “Archon” Macris showed up, appropriately dressed as a Dark Jedi, with a Swedish model named Pixee Fox who is a corseter with a sixteen inch waist. Cue corset nerding and lace fussing! By this point there were twice as many women as men working at the booth and both the girly level and the nerd level were over 9000! By the end of the day I had welts on the back of my neck, blisters on my feet, and I hurt in places I didn’t know I had, but it was so much fun!

There are deeply personal rewards for challenging yourself, even if it’s challenging yourself in really stupid ways. We can’t always succeed socially, or in business, but there are always ways to take risks and win. That can be video games, cosplay, or something else. Whatever it is for you, do it!

A good comic book convention is actually not a “safe space”. It’s a respectful but challenging space. If you always play it safe, you never get over your personal insecurities and traumas. You never prove to yourself that you’re better than you thought you were and there are actually people in the world who appreciate you for you… because they never get a chance to know the real you.

If you don’t force yourself to be brave, silly, and even a bit arrogant, the world keeps getting scarier. You’ll never give your friends and colleagues a chance to prove they’ll stand beside you as you do something potentially stupid, but, also, potentially awesome. Despite all the politics and all the haters, cosplay is a great way for you and those around you to discover your best self.