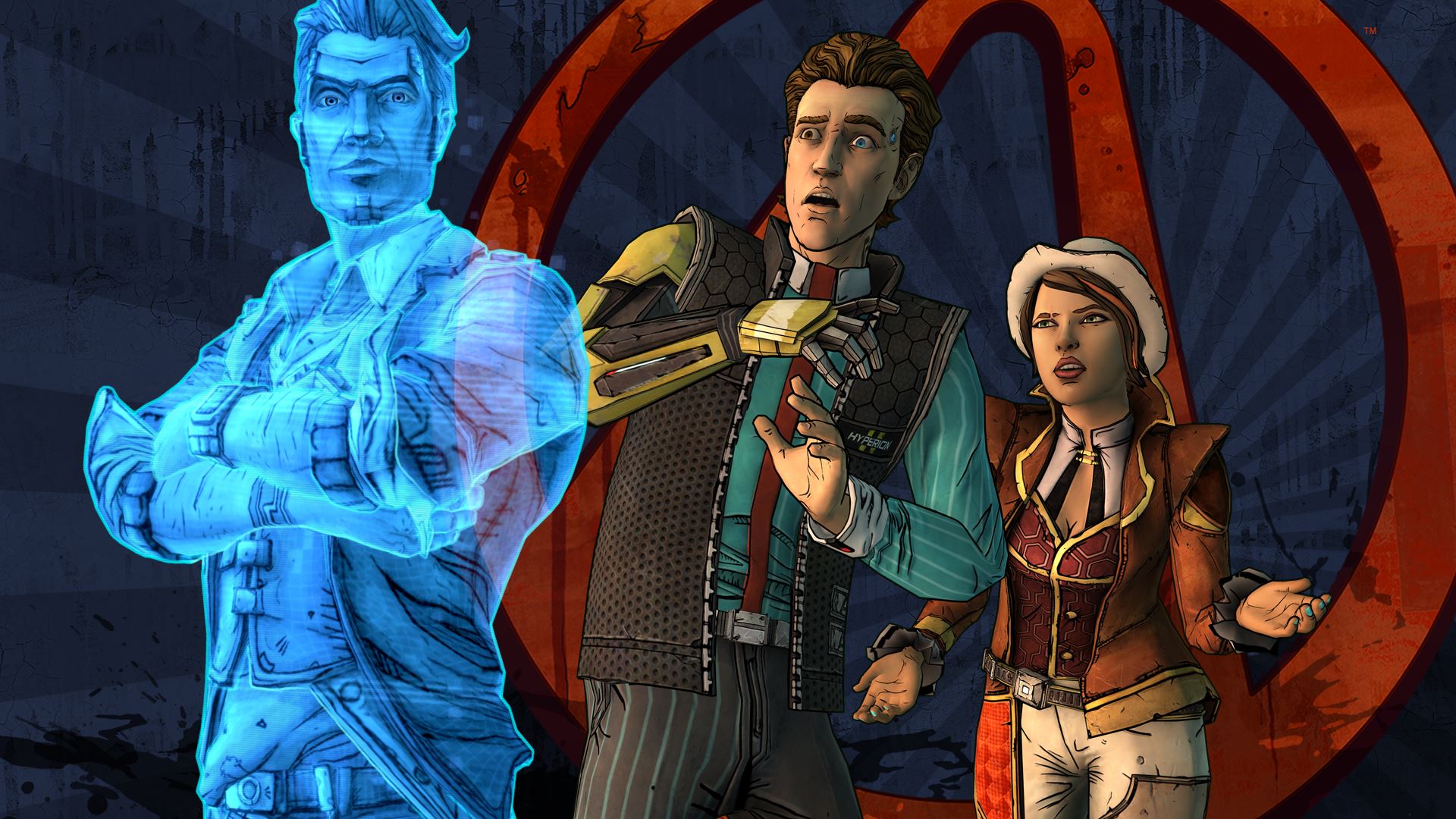 Fans of Tales From The Borderlands can finally experience the exciting, ridiculous, and completely awesome ending to the Telltale developed episodic series. But, there’s still one mystery some might miss. Who is the Mystery Vault Hunter? Learn how to scrounge up enough cash to afford this secret ally with a few tips from The Escapist.

Telltale Games, developers of the critically-acclaimed Walking Dead episodic adventure, return with a series of tales spun for the endlessly violent but memorably absurd Borderlands franchise. Playing as salary-man Rhys and con-woman Fiona, the pair must connive their way through a brutal planet chock-filled with killers, creatures, and corporations. Your choices change the story, and the final episode is altered significantly based on who survives, who dies, and who your closest allies might be. One certain helper remains a mystery if you don’t have the cash to afford its services. We couldn’t deal with that, so we’ve put together a guide to help other lost Vault Hunters unlock this awesome little Easter egg.

How to Get the Mystery Vault Hunter

Spoiler Warning!: We’ll try to be as vague as possible, but there are going to be some spoilers for Episode 5.

At a certain point in Episode 5 you’ll get a chance to assemble a team of three Vault Hunters to help your quest.

One of these Vault Hunters is too expensive to afford; his silhouette appears in the top-right corner. Saving cash won’t help, there’s only one way to unlock this special Vault Hunter.

If you want to be surprised, follow the instructions below to unlock the Mystery Vault Hunter.

If you want to be spoiled, keep scrolling and see what’s up with this hidden character, with a few more details to help unlock it if you’re missing that one vital part.

So who or what is the Mystery Vault Hunter? Are you ready for the mind blowing secret? We’ll give you a moment to decide.

The Mystery Vault Hunter is Fragtrap. The most useless, broken, and bumbling Vault Hunter can be on your team with Felix’s fortune. He can barely fight after the events of Borderlands: The Pre-Sequel, so don’t expect him to help much. But, he’ll try and that’s funny enough.

The Mystery Vault Hunter is only available if Felix, your old mentor, survived in Episode 1. To make sure he survives, warn him about the bomb before the ending.

Found any other secrets, Easter eggs, or references that need to be shared with the world? Let us know in the comments!