Cosplay can get intense, and that’s part of the fun. The Agents of Cosplay video this week features cosplayers with healthy kinds of cosplay obsessions. Caring about things is good for you! Passion is good for you! Temporary stupidity can be really healthy in the long term, as long as you know where to draw the line. 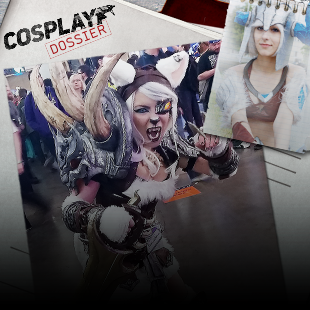 But how do you stop this good kind of insanity from crossing over into obsessions that interfere with your life, relationships, or health? I found out the importance of cosplay/life balance too late, and ended up wrecking my feet and one knee. Learn from my mistakes! I also spent too much time around people who really weren’t very good for me because I was trying to be open-minded and non-judgmental. It got so miserable that I almost quit cosplaying. So the moral of the story is… judge! That’s why we have judgment!

This goes for mental, physical, and emotional challenges. In all these spheres, there’s good pain and there’s bad pain… although I’m noting for the record that my husband disputes the existence of good pain, and the older I get, the more his viewpoint becomes persuasive.

It’s normal to feel sore the day after a convention – that’s good pain because it’s a sign you were mentally and physically active. But pain that lasts for more than a day or two after a con might be bad pain, so go to the doctor! The sooner you address an issue like that, the better the chance it can be fixed. Common sense, right? Common sense goes out the window with cosplay. Trust me.

So how do you know when a given hurt is temporary, or something that can be permanent? Cosplay is similar to sports in this way: there’s always the risk of injury, but there are calculated risks and then there are stupid risks. A calculated risk involves knowing something is a risk and doing it anyway. A stupid risk involves denying the risk exists at all. Want an extreme, easy-to-understand example? People don’t drive drunk after carefully weighing the pros and cons. They drive drunk because they’ve convinced themselves that the inherent risks somehow don’t apply to them. After the fact they may say they knew it was stupid, but that’s the same self-delusion that got them into that bad place in the first place. No. They didn’t know it was stupid. They’d convinced themselves they were somehow smarter or more special than the rest of us.

Shoes are examples of calculated risks in cosplay. Limit your exposure to concrete floors in high heeled shoes! A dull ache at the end of the day is normal. Major blisters, extremely swollen feet, or pain in the joints of your feet isn’t. If you’re experiencing stuff like that, your feet are in a particular pair of shoes in unhealthy conditions. You can get away with wearing stupid shoes in stupid conditions only so often before you cause serious damage to your feet, shins, knees and back.

So learn this phrase and repeat it often: everything involving cosplay is optional.

Sleep deprivation is another calculated risk. I wish I’d listened to my mother when I was younger and got more sleep, because once I started sleeping properly… oh god I love sleep! You may think you’re holding it together and no one notices that you’re physically and mentally exhausted, but trust me, people who are paying any sort of attention know you’re powered by red bull and bad choices.

Cosplay self-care is essential. You are worth your mental and emotional health. There’s nothing inherent to cosplay that says it should breed drama, but a lot of conventions are freak out farms. Fandom politics can get ridiculously nasty precisely because too many people get hooked on the adrenaline rush of self-deprivation. They get in so deep that they don’t realize that they’re causing collateral damage all around them.

It’s hard, sometimes, to know when to push through the nonsense and when to walk away. It’s easy to say that you should walk away if you’re not having fun, but cosplay “fun” can be pretty hardcore. Every bone in your body can ache and you’re still having a sort of fun. That’s okay as long as it’s not risking anyone else’s health without them even knowing it. I’ve seen many people show up to conventions sick as dogs because they “didn’t want to miss it.” That gets everyone else sick, that’s a dick move, and that’s a sign that you need to reassess your priorities.

Someone showing up sick should be fair game to tell them they’re being an idiot, but a lot of cosplayers are really bad at conflict. That means we often don’t speak up even when we really have a right to complain. Then we feel bad about it later, and when that happens enough, it wears you down. The best cosplay lesson I’ve learned, too late, is to get away from people who leave you feeling drained for whatever reason. 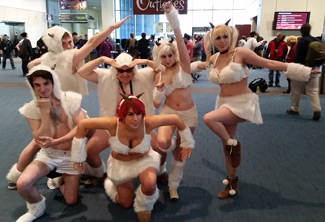 Those of us who have survived the cosplay jungle long enough have seen cosplayers who gradually spiral into the perpetual drama zone. This usually is due to real life stuff, not cosplay itself, but once it comes into cosplay events, it’s like a lit match in a hay barn. How do you know if you’re in the perpetual drama zone? If you’re in a situation where someone ends up crying more than three times in a convention season, that’s the perpetual drama zone. Get out before the drama zone becomes a nuclear drama zone – it’s way easier to extract yourself before there’s a major crisis. You don’t have to give anyone any reasons. Just be unavailable and don’t worry if they don’t like you. Those tears are early warning signs of the bad sorts of obsessions.

I know that some of the things I’m saying here might sting. They’ll probably sting most if you need to hear them. You don’t need to think someone is a bad person to recognize that they’re in a bad place, and some bad places mean they’ll either push everyone around them away, or take everyone down with them. Joking aside, real obsessions aren’t healthy, because they’re situations where you’ve given up control to something outside yourself.

As long as you’re still aware that you’re cosplaying because you want to do it, not because you’re required to do it, your cosplay obsession is probably healthy. When you start treating it like a job that you’re not getting paid for, that’s the point where things get self-destructive.