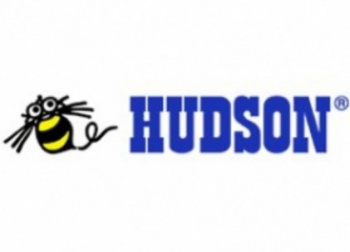 Venerable developer, Hudson Soft, the studio behind Bomberman, is being absorbed into Konami.

On March 1st, Hudson, whose logo you can see to the right, will effectively cease to exist. On January 12th, Hudson board members agreed for the company to be absorbed into Konami Digital Entertainment.

Founded back in 1973 by brothers Yuji and Hiroshi Kudo, Hudson Soft began as a shop selling telecommunications devices and art photographs. The company began producing games in 1978 and became Nintendo’s first third-party software vendor for the NES. In 1983 it produced Bomberman for the MSX, certainly its most enduring franchise. More recently, Hudson developed the Mario Party numbers one through eight and 2010’s Lost in Shadow. Sadly, the developer has produced little else of note, except the woefully bad Bomberman: Act Zero, in the past half-decade. It was acquired by Konami back in April of last year.

Despite Hudson’s descent into irrelevance in recent years, it’s still a touch sad to see one of gaming’s oldest names retired. I do, however, take some solace in the fact that the company’s passing did allow me to use an absolutely fantastic pun in this article’s headline.