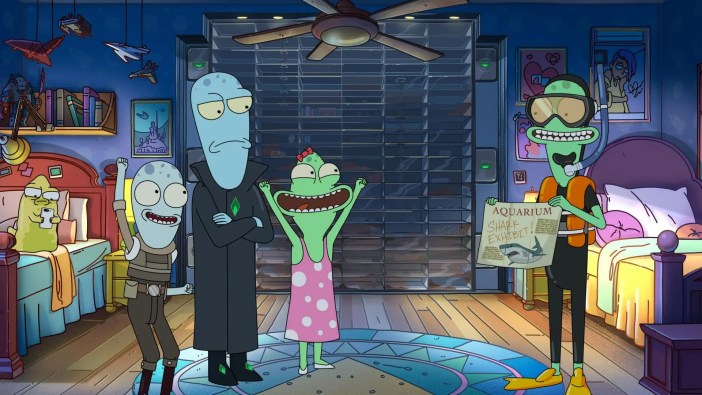 “We have ended our association with Justin Roiland,” said Hulu and 20th Television Animation in a joint statement.

Roiland had a deal with 20th Television Animation that had the company produce both series. On Solar Opposites, he served as co-creator, executive producer, and voice actor of Korvo, while he was an executive producer and guest voice of Chad Wagon on Koala Man. The latter debuted on Hulu on January 9, while Solar Opposites has completed three seasons and is renewed through season 5.

Hulu and 20th Television Animation have removed Justin Roiland just one day after Adult Swim announced its separation from the embattled creator over the news of his felony charges of domestic battery and false imprisonment by menace, violence, fraud, and/or deceit that came to light on January 12. The charges stem from a January 2020 incident involving an ex-girlfriend that Roiland was dating at the time. He pleaded not guilty to those charges, but he is scheduled to return to court for another hearing on April 27.

Meanwhile, Justin Roiland resigned from Squanch Games, the developer behind its recently released game High on Life, where he voiced various alien characters. The studio said that it will continue making games and improving High on Life without his involvement.