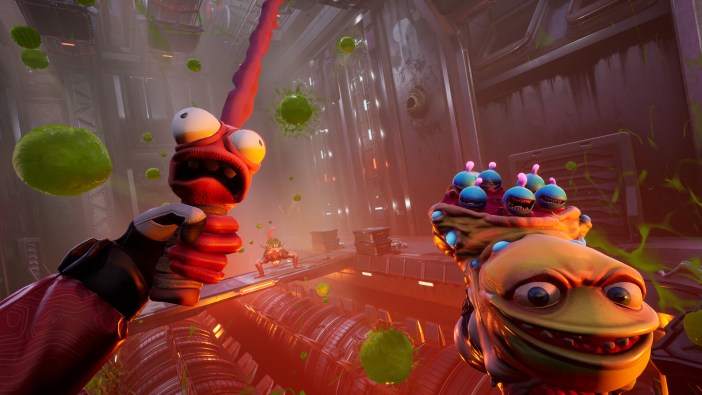 The dominoes keep falling. High on Life developer Squanch Games has announced on social media that studio co-founder Justin Roiland resigned from the company on Monday, January 16, effectively ending his involvement with the company. This announcement follows breaking news from hours ago that Adult Swim had ended its relationship with Roiland on Rick and Morty, which will continue on for season 7 without him.

Adult Swim decided to end its partnership with Roiland after he was charged with felony domestic battery and false imprisonment for an incident regarding an ex-girlfriend that occurred back in 2020. Those charges came about earlier this month, and now Roiland is living with the fallout. Of course, he’s innocent until proven guilty, but this is a pronounced road bump in his career under even the best circumstances.

Prior to having resigned, Justin Roiland was a major creative force on High on Life at Squanch Games, including voicing various characters. High on Life proved to be one of the biggest releases Xbox Game Pass has ever seen, including being the biggest third-party Game Pass launch ever. The game also plays with the concept of the video game narrator in some creative and worthwhile ways. On the flip side, though, some people just hate the constant “quippiness” of the characters. Regardless of what you think of the game, you can probably agree that it’s fairly unique, and it remains to be seen what a Squanch Games release without Justin Roiland will look like.