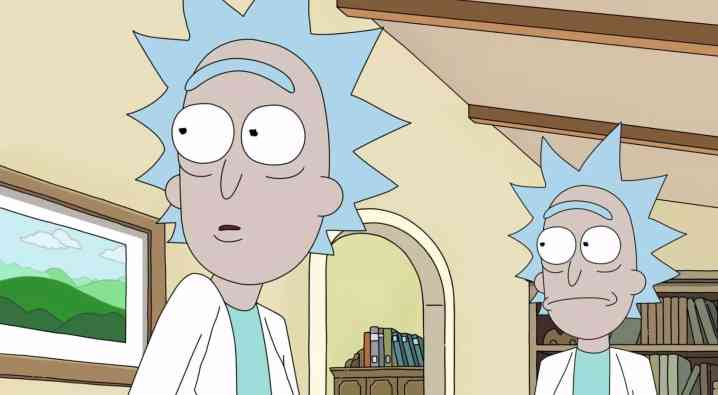 Justin Roiland, the creator (and voice) of Rick and Morty, not to mention a host of other successful animated series (and the recent game High on Life), is facing felony domestic violence charges. More specifically, Justin Roiland has been charged with domestic battery and false imprisonment for an incident from May 2020 against an anonymous woman he was dating at the time. Per NBC News, he appeared in court today for his pre-trial hearing, which made a few of the facts of the case public. Roiland had already pleaded not guilty in the case after he was arrested and released on a $50,000 bond in August 2020 and arraigned in October 2020. At the moment there is evidently a plea offer on the table for Roiland, but just what that is isn’t publicly available.

In full, Justin Roiland is charged with one felony count of domestic battery with corporal injury and one felony count of false imprisonment by menace, violence, fraud and/or deceit for an event that took place on or around January 19, 2020. The woman whom Roiland dated had a restraining order put in place in October 2020, which states that Roiland could not harass her or go within 100 feet of her, and he had to turn in any guns he owned. The case has, evidently, been bouncing around courts for the last two years, with the public unaware until NBC uncovered the news through public filings. However, most details on the case are not public, so as with any case, Roiland is innocent until proven guilty.

It’s unclear if Cartoon Network or any of the other businesses that Roiland has been working with over the past three years knew about the case, but what is clear is that Roiland’s star has only gotten bigger since. The alleged crime did come after Rick and Morty was renewed for 70 new episodes, a major commitment, but if the trial does proceed at some point, that deal could be put into question. Meanwhile, Roiland has produced new cartoons like Solar Opposites and, last month, the aforementioned game High on Life. If studios were aware of the accusations, that means they knowingly worked with him and advanced his career, either because they didn’t care or because they know something we don’t. If they didn’t know, then the fallout of this news could be pretty huge.