This week on Zero Punctuation, Yahtzee reviews High on Life.

And check out Yahtzee’s other series, Extra Punctuation, where he’s recently talked about why Prince of Persia: The Sands of Time is his favorite love story the pacing-killing problems of audio logs.

We have a merch store as well! Visit the store for ZP merch.

Well, I hope we’re all finished with our elves on shelves and our relatives on sedatives because now the holidays are over it’s time to address the last few stragglers still hanging unfulfilled from 2022 like a disappointed baby on a corpse’s tit. The last significant game release I couldn’t quite stuff into last year’s schedule was High on Life, a comedy sci-fi first person shooter by Justin Roiland, creator of the popular show Rick and Morty, as well as such timeless comedy characters as… Rick and Morty. And to which he has brought his full repertoire of hilarious voices, including… Rick and the other one. Yeah, this is one of those situations where we bring out the algebra equation: if you’re a fan of X then you’ll enjoy Y because Y equals X over 2.6 recurring. Having said that, I do like Rick and Morty as adult cartoons go. I know it’s gone through the cycle a few times of being cool to like and then cool to hate and then cool to ironically like and then straight cool to like again, but I think it’s been relatively consistent, obviously not as good as it was at first but it’s not at the Simpsons level where all the voice actors sound like they’re performing with guns to their heads.

Anything aiming to be a full on “comedy game” is to be celebrated if you ask me, or comedy anything for that matter, we seem to be past the age of movies like The Naked Gun when comedy could be a genre in itself rather than just the reason why Marvel superheroes all talk like 90s sitcom characters. Having said that, it’s a pain to have to do a comedy review of a comedy game, because if it is funny you feel redundant and if it isn’t, it’s just depressing. You can’t mine gags out of failed comedy, it’s like trying to tap dance after you’ve cut your own knob off. Most people will just plead for you to stop while they call the carpet cleaning service. So, is High on Life funny? That will entirely depend on how tiresome you find the Rick and Morty “we don’t give a shit come and look at us not giving a shit not that we give a shit if you do” sort of vibe where characters keep lengthily explaining what they’re currently doing like an improv comedian stalling until the ambulance arrives to sew their knob back on, but the odd thing is, it works for me. Yes, I’ve unloaded dumptrucks of lukewarm shit onto games like Borderlands that think all you have to do to be funny is talk like a socially awkward person binging on cocaine in the Buffy the Vampire Slayer writers room,

and what with the central gimmick of High on Life being that your guns are alive and constantly giving advice and commentary, it certainly is a disciple of the verbal dysentery school of humour, but it gets away from the Borderlands comparison on two fronts: one, the comedic tone actually infuses the whole game so the jokey facetious dialogue never feels like something merely drizzled on top of an otherwise dull experience like red pepper flakes on a block of gelatinised cum, and the writing and performance doesn’t feel so much like it’s trying too hard. Because as we’ve established, not giving a shit is sort of the core philosophy behind all this. The plot is, we play an ordinary suburban shlub whose face we can pick from a small range of options, but it’s first person and we never speak so we never see it again and choosing had as much point as a slurpee machine at an antarctic research station. We’re going about our ordinary suburban shlub existence when aliens conquer the Earth and begin harvesting humanity because our bodies somehow function as narcotics upon alien biology. So the aliens are literally getting High on Life. So we’re basing our entire plot around that one weak pun, are we.

“Certainly are, Yahtz! Why, do you give a shit?” Me? No! I’m cool, High on Life. I was just imagining what it would be like to be one of those lame kids who do give a shit. Anyway, we escape to an alien planet, join forces with a sentient talking gun and begin a campaign to violently murder our way through the various members of the alien drug cartel in an area about midway between Hitch-Hiker’s Guide to the Galaxy and basically every Adult Swim show. Where everyone and everything is named in that idiosyncratic Justin Roiland way that always sounds like he’s making it up on the spot. Yes, we must go to planet Booblyboo. And defeat the evil Doctor Dingledangs. “You’re starting to sound dangerously like you give a shit, Yahtz.” Oh, piss off, High on Life. As I said, I do still kinda like Rick and Morty and academically I appreciate the way the breezy naturalistic dialogue knows exactly when a casual insertion of the word “fucking” can get a cheap laugh. So I didn’t mind that the guns talk, it’s a good vehicle for all of that and a fun twist on the silent protagonist dynamic. I do mind that they kinda suck as guns. And that’s doubly awkward because they have the ability to take that personally.

As far as the combat goes the closest equivalent would be something like Halo, nice environments, nice vibes, shame the guns feel like spraypainted polystyrene. There’s no satisfying weight or impact to any of them. There’s only four of the things, because I suppose anything more would have stretched the voice acting budget: The starting pistol might as well be firing kidney stones, I’m not entirely convinced that the shotgun is doing anything besides break wind, the rapid fire pistol’s probably the best one on offer but then there’s the token exotic thing that fires little men that jump on enemies and pull on their moustaches, but my rule of thumb for guns is that anything that adds extra steps between pull the trigger and thing dies is going to spend most of its time mouldering in the holster like an undocumented willy at a rug munching contest. But you do eventually unlock a suite of fun traversal powers so you can get your catharsis from double jumping, grapple hooking or Vanquish-style rocket trousers if not from aggressively masturbating the narrator in the face of several reject McDonaldland mascots.

Make it past the initial selection process by putting up with all the fucking jabbering and we have a game that is, to package my summary succinctly, fun. The campaign has a fun ebb and flow of amusing set pieces and it’s fun to pore through looking for funny background details and hidden dialogues. It does fall apart a bit at the end when you confront the final boss, and then you kill the final boss, and that’s it. Well, duh, Yahtzee, you didn’t expect to kill them as part of the second act denouement? I know, it’s just it feels like the game has to try to make us start giving a shit about the climax out of nowhere when it’s spent the last ten hours reinforcing how little faeces it is willing to distribute, and anticlimax is inevitable, especially when the boss isn’t the least bit challenging and folds like an ironing board in Princess Diana’s luggage. Then you’re spat back into the game to look for the last few collectibles, which I tokenly attempted before I realised there was no map or way to figure out where to even start looking for them, so I left the game with a disappointed sense of “Guess I’ll just stop, then.” The lesson here is that, while you might have fun along the way, it’s ultimately more fulfilling to give a shit. That’s as true for everyday life as it is for bathroom visits at three in the morning. 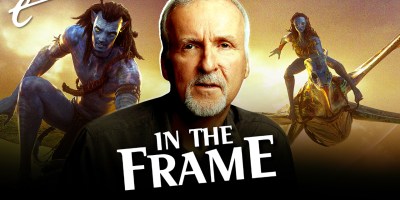 Why Prince of Persia: The Sands of Time Is My Favorite Love Story – Extra Punctuation 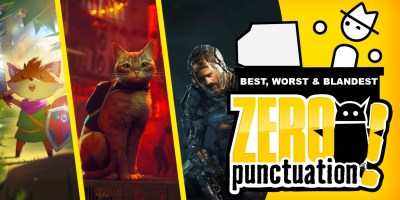 The Best, Worst, and Blandest of 2022 – Zero Punctuation