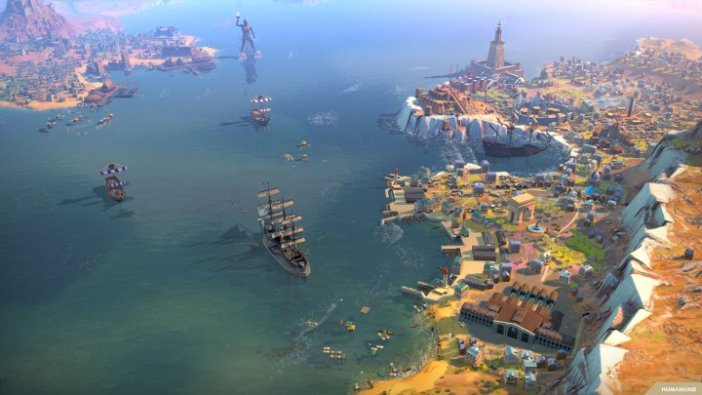 Sega and Amplitude Studios’ historic civilization strategy game, Humankind, is launching day one on Xbox Game Pass for PC on August 17, 2021. The 4X grand strategy game is only the latest day one launch addition to Microsoft’s expanding service.

Amplitude — known for creating the Endless Space and Endless Legend games — describes Humankind as its magnum opus. The civilization builder puts players in control of history itself as they aim to become the world’s greatest empire, mixing cultures, armies, and tactics known throughout time. You’ll customize your conqueror before leading your people to victory, watching as your avatar evolves through time with up to 60 cultures to combine and prepare for turn-based battles.

Amplitude and Sega are proud of Humankind’s scale, and they released a new video today highlighting the game’s many different options and features. Including the different cultures, the game boasts 129 units for battle, 10 biomes, 45 animal species, 93 technologies, lots of costumes, up to 10 players in multiplayer, and so much more. See the video below.

If you’re not an Xbox Game Pass subscriber, or if you’re just looking to claim ownership of the game yourself, you can purchase Humankind when it launches next month on Google Stadia and PC via Epic Games Store and Steam.