At least once a year, I find myself revisiting The Legend of Zelda: Ocarina of Time on Nintendo 64. It’s no secret that, graphically, the game has not aged particularly well. That’s ok – for me, Ocarina was my definitive gaming experience. It was the definition of a perfect storm – 3D gaming was in its youth, The Legend of Zelda had the luxury of notoriety, the world was sprawling for its time, and new mechanics were introduced that would forever change the landscape of gaming. None of these reasons are why I am drawn to that cartridge like a magnet responding to metal. My ongoing love affair with Ocarina is something that cannot be adequately expressed, even with the sheer volume of words at my disposal. No adjectives can sum up how I felt the first time I stepped onto Hyrule Field. They cannot capture the awe I was in upon discovering Lake Hylia for the first time, nor the frustration that I felt on my fifth attempt to locate the mid-level switch in the Water Temple. They cannot express my satisfaction at locating all of the Gold Skulltulas, or explain how mighty I felt the first time I raised the Biggoron Sword. I had played, and loved, many a game prior to Ocarina, and yet none have stuck with me, with the longevity or intensity of that one.

There are few games that I willingly replay, and fewer that I feel I must replay. Hyper Light Drifter appears to have made the short list. 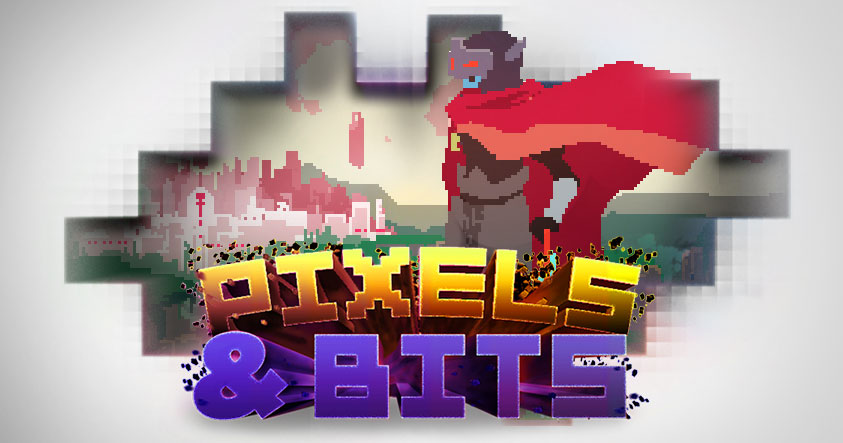 I have found that when I am faced with uncertainty, I do not seek understanding or comfort. I am, without any intention of wit or pun, an escapist at heart. The timing of Hyper Light Drifter‘s release was perfect for me, and I found myself relating quite a bit to the titular Drifter. You don’t know him, what he’s been through, or what is attempting to destroy him – externally or internally. The wordless Drifter serves as an oddly relatable protagonist, an effective conduit for any who have ever felt lost, alone, uncertain, afraid. The game is not about creating an emotional story, but rather about creating an emotional experience. In that, and in everything else, it is a roaring success.

While its release is still a very young game, Hyper Light Drifter has already left a profound mark on me. It is simultaneously minimalist and grandiose across the board, from the aesthetically impressive environments to the haunting musical scores. In fact, my formal review of the title marked my very first five-star rating. The combat is exciting, the atmosphere intoxicating, and the journey exciting. While its gameplay strengths are plentiful, it is in the atmosphere that Hyper Light Drifter truly excels.

The game has been criticized for its implied plot, but I must disagree. It is atmospheric, a stunning portrait that uses insinuation as its primary medium. HLD didn’t provide a concrete explanation of how this place became what it has. Was there a war? A hostile takeover by machines? Or perhaps greed left the land in ruins. The few remaining allies tell wordless stories, which are explained only through brief, somber pictographics, and yet much remains unsaid. The tale is told not through a checklist of events, NPC explanations, or cutscenes, but rather through the environment, the music, and good old imagination. There is a sadness to the game, a combination of resistance and defeatism, that likely could not have been captured so deeply in any amount of dialogue. It took me back to a time where the majority of my understanding of a game came from exploration – and, if I was lucky, a few paragraphs in an accompanying booklet. Hyper Light Drifter places pixel-colored glasses on the player, respectfully invoking some of the greatest elements of retro gaming that extend beyond art and into the very soul of the game.

Visually, the game draws obvious inspiration from the 8 and 16-bit eras, yet never feels like a paint-by-numbers recreation of those games. It is fresh and reverent, and presents as surprisingly authentic. It’s influences are worn on its sleeve, with hints of Zelda and Metroid blended throughout. Hyper Light Drifter at no point feels like a clone, however, rather appears to have adopted the most successful elements of these games and lovingly crafted them into a familiar, yet unique, experience. In addition, there is no “getting lucky” in the game. It is unapologetic in its difficulty while still maintaining fairness. The developers clearly want you to win – as long as your victory is earned.

HLD replicates the brutal difficulty of NES-era games while still making the experience fair. Sure, I may have died 30 times at the hands of a single foe, but I never once faulted the game. Rather, it was clear with every death where I personally failed – and that is where it really shines. You’re character is fully capable of defeating every enemy with ease, although every movement requires careful, methodical timing. Knowing when and where to dash, whether it’s best to take a moment and aim your firearm or just shoot off in a given direction, and the perfect moment to swoop in and land some blows with your sword is all part of the joy. In one moment I would be cursing the difficulty of the battle, and in the next I would be praising the game for giving me such a glorious challenge to overcome. Completing my first playthrough came with the sort of personal satisfaction and achievement that I haven’t felt this strongly since the first time I completed the Water Temple. It says a lot, without the need for any words at all.