Once upon a time, independent games were most commonly seen as a “niche” group, often created by developers who wanted to break into the ever-growing video game industry. However, what began as opportunity has, over the years, become more about freedom. Digital distribution has significantly changed the landscape of how games are marketed, ensuring the potential for access to more “niche” titles than ever before. Prominent developers are leaving cushy AAA jobs in order to be able to create a more “unique” gaming experience. The quality of these games has improved, with many creators turning to crowdfunding sites in order to secure enough funding to not only create these unique games, but to create quality unique games. 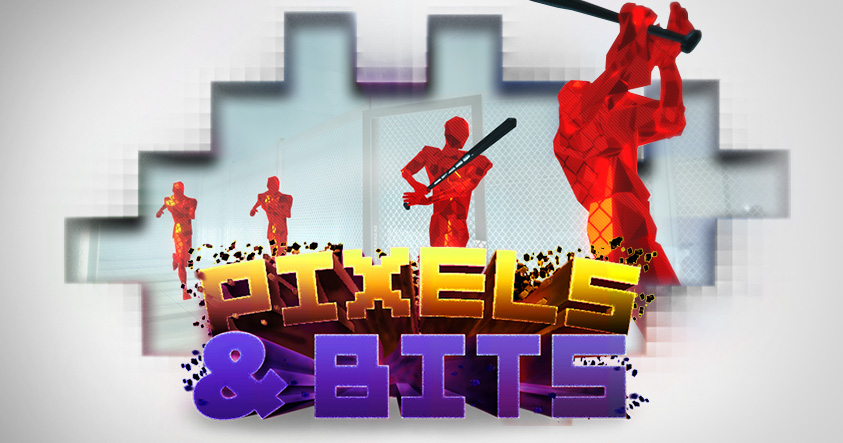 Superhot, for example, is not the type of game you would expect to see from Bethesda. Easily one of the most memorable games I’ve played in recent memory, Superhot is the product of a 7-Day FPS game jam that was so successful, the team turned to Kickstarter in order to raise the funds needed to expand it into a full gaming experience. The graphics are simple – but it is in this simplicity that Superhot shines the most. The style of the game is shocking in its simplicity – everything in the environment is a single uniform color, appearing sterilized, with enemies presenting as bright red, featureless human-like shapes that shatter like glass when killed. It may easily be the most profound yet minimalist art style I’ve seen in a game in recent memory, leaving an impression that lasts well after the game’s brief campaign has been completed. The game manages to get into your head after a few levels – correction: scenarios. Levels implies something longer. The significance of each of these scenarios is determined in the head of the gamer.

In this first-person shooter time crawls, moving when your character does. This allows for methodical strategizing that isn’t often available in similarly genre’d games. Each second stretches, giving the player the ability to plot their next move. One shot equals one kill – or death. With the ability to slow time by stopping, the player is able to assess the environment and decide which way to move, which enemy to strike at first, and when it’s necessary to allow time to resume. You can masterfully dodge bullets and plan a line of attack that will increase your potential for success.

Despite having roughly 30 different scenarios, Superhot manages to not recycle experiences, changing how you begin, what abilities you have, how you’re fighting, and even how you have to think. I would call Superhot just as much of a puzzle game as it is a first-person shooter – in fact, probably moreso. The ability to freeze time lends a tactical elements that is not only shocking in action, but is shocking it its lack of presence in so many games to come before it. To try to describe Superhot is akin to trying to describe a newly discovered color to a friend over the phone. There is little by way of comparison, and yet it manages to somehow feel familiar. Furthermore, it is a sensationally disciplined game, lacking the ‘filler’ that seems to be standard practice in gaming today.

To discuss the game’s plot, even briefly, would be a disservice to anyone who has not played it yet. What I can say is that the entirety of the game, be it the plot or individual mechanics, is greater than the sum of its parts, culminating in a satisfying finale in spite of the game’s overall short length. Each piece of the game comes together naturally to create a magnificent synergy that feels neither bloated nor forced. To the contrary, Superhot is an organic feeling oddity, challenging the perceptions of first-person shooters and redefining them without feeling preachy, judgmental, or unnatural. It’s added a layer of intelligence to the genre that I did not realize had been lacking, prioritizing style, substance, and soul equally. I feel like I witnessed the birth of a new genre. Maybe I have. Regardless, I for one cannot wait to see what the team delivers next.