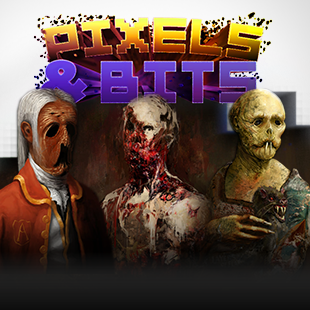 After receiving a brilliant, macabre press kit that accompanied my review code for Layers of Fear, I worried that my overall expectations of the game would be unfairly raised. Our reviewer here at The Escapist gave the game a five star rating, writing: “The true masterpiece is the endless struggle to create art. Jump scares and predictable tricks in horror games won’t work anymore. The story of the artist is intriguing while still making you feel tense and uneasy about what you see. Layers of Fear made story, gameplay, and atmosphere work together in harmony.” I do confess to having a strict love-hate relationship with horror games, with the desire to have substance in the story when so many seem more dedicated to substance of the environment. For me personally, even the most stimulating, rich, and downright terrifying atmospheres feel hollow without an equally stimulating, rich, and downright terrifying story. Based on the items I had received, and the glowing review from our reviewer, I was hopeful that Layers of Fear would deliver on all fronts.

When playing a horror game for the first time, I do whatever possible to maximize the experience in my own environment. The night I played Layers of Fear, I kissed my children goodnight and turned off all of the lights. Alone in the dark, surrounded by nothing but the hum of a fish tank and the odd noises that houses can make when they aren’t drowned out by laughing children and vibrant activity, I jumped in.

The name is appropriate for the game, which itself is divided into layers. The game opens with your unnamed character entering a Victorian style mansion. The night is thick, punctuated by the sound of drops on the windows and the occasional piercing clap of thunder. The first “layer” in Layers of Fear is simple unease. I moved through the house slowly, turning on every available light in order to try to combat the gloom. The house hid away secrets, even during its earliest chapter. The player is drawn to an upper level bedroom, clearly a child’s bedroom, by a ball rolling from a partially opened door. Nothing else happened, but it was the suspense of what might be seen that made this scene feel memorable. There was no sign of the child, nor was there any sign of the child’s mother. There were, however, signs of longing, loss, and an alcoholic tucked away in nearly every room. In the beginning, the implied story is stronger than anything that could have been directly stated. You know that you are a once-famous, now-struggling artist, and that your family is no longer with you. There is excitement at pushing forward and learning the tale of how your character arrived at this point. Unfortunately, the entire game carried with it this air of mystery, and, as so often happens, the story took a back seat to atmosphere.

Throughout the game’s chapters, you navigate your way through a constantly changing environment in order to gather the “necessary,” grisly items needed in order to complete your magnum opus. I have no desire to spoil the surprises, but in order to give you an idea of what I mean by “grisly,” I think I can inform you that the first item is a piece of human flesh, meant to serve as the painting’s canvas. When finding an item, unfortunately executed voice acting will give a slight explanation about how each item was obtained, or the circumstances surrounding it, but much – dare I say, too much – goes unsaid.

The change to the environment itself comes in like a lamb. After making my way to my character’s studio and dramatically removing the cloth that was covering a blank canvas, I exited the room through the door I had just entered. However, I was not greeted by the room that had previously been on the other side of that door, but rather an eerie hallway. After that, I was solving a puzzle in a room I had been locked into. After turning around, there was a door that I hadn’t noticed earlier. Suddenly I was questioning myself: “Was it there the whole time? Where did it come from? How did I miss that? I examined this entire room.” This is one of the greatest strengths of Layers of Fear early on – it manages to make you question whether it is the game that has changed, or if perhaps you had somehow missed something important. 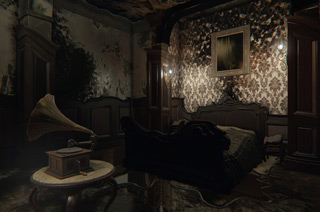 In each room you enter, there are drawers that can be opened in order to seek out essential items. These items include drawings, photographs, and newspaper clippings that assist you in piecing together the story. However, there are many drawers in the game, most empty, the house changes dramatically, and often previously entered rooms cannot be re-accessed. It is too simple to miss many of these items, and the ability to progress without locating them makes the entire game feel as though the story is an afterthought, when it easily could have taken the game from “good” to “exemplary.”

Layers of Fear is strongest when it sticks to visuals – the jump scares served their purpose in making me jump, but were nothing compared to the feeling I got watching paintings spill into the “real” world, or witnessing childlike scribbles on the wall become animated and take on a sinister appearance. The buildup to the finale is masterfully executed and organic, despite the overuse of predictable horror staples like creepy dolls and rats. The rooms in the game evolve gradually, twisting from a creepy yet otherwise unremarkable old home into a morbid, escherian wonderland. There was absolutely nothing in the game’s atmosphere that left me wanting more, and in that regard I came away from the game fully satisfied.

What the game did, it did remarkably well, with the sole exception of the voice acting. It is what Layers of Fear didn’t do that left me resistant to giving it a glowing review. We are aware that we are controlling a bad, obsessed man. We are aware that he is an alcoholic. We are aware that his family is gone. While there are hints to what has happened littered throughout the house, you will still end the game with more speculation than understanding. The game is about the effects of obsession and addiction on your character, yet focused more on what he was seeing than what he was feeling. The fact that the game focused a significant amount of time on the head and an insignificant amount of time on the heart left it feeling incomplete.