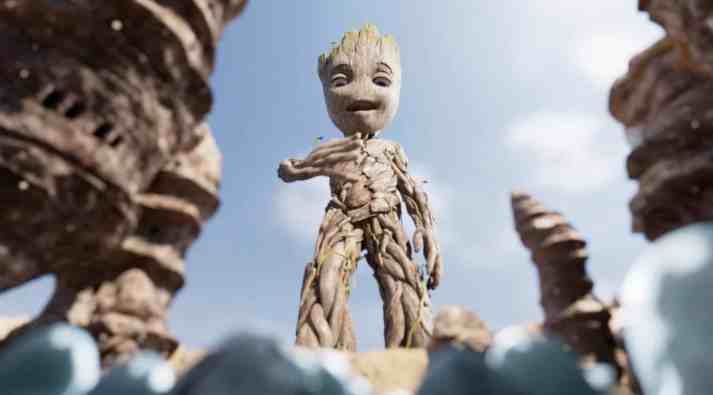 I Am Groot may not be the Marvel Cinematic Universe’s (MCU) next Avengers-level adventure, but at least it looks downright adorable in its first trailer, which was revealed during the Marvel Studios Animation Panel at San Diego Comic-Con 2022. This fun-filled collection of five original shorts stars Guardians of the Galaxy’s Baby Groot as he interacts with other, similarly cute alien creatures. Aside from bringing some levity to Marvel’s action-packed cinematic universe, the company says I Am Groot will explore various antics the title character found himself in when growing up.

Of course, Vin Diesel has returned for the mini-episodes to lend his groundbreaking voice talents as the fan-favorite talking tree. See some of the hijinks in the first I Am Groot trailer below.

I Am Groot is only the latest Disney+ Marvel show, with other recent MCU outings including Ms. Marvel, Moon Knight, and Hawkeye. While this shorter entry in Marvel’s television catalog won’t take itself quite as seriously as those other shows, the studio has brought in worthwhile talent to back it. That includes executive producers Kevin Feige, Louis D’Esposito, Victoria Alonso, Brad Winderbaum, and Guardians of the Galaxy writer and director James Gunn.

I Am Groot comes to Disney+ on August 10, with all five episodes dropping on the same day. For more Marvel Animation news, check out the first info about What If…? season 2 and 3.