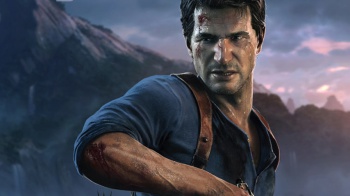 According to Naughty Dog creative director Neil Druckmann, while Uncharted might have sequels after A Thief’s End, Nathan Drake won’t be in them.

Nathan Drake has been the charismatic face of Uncharted ever since the series launched in 2007. But lately, Naughty Dog has teased that Uncharted 4: A Thief’s End will be Drake’s final adventure – the subtitle itself being a fairly major clue. We don’t know how Drake’s story will end, but creative director Neil Druckmann made one thing clear: If Sony keeps making Uncharted sequels, Nathan Drake won’t be in them.

“He’s at the height of his popularity, so it’s not a good business decision. But I feel like the best way to honour him is to go out on top, to finish his story,” Druckmann told The Sun. “Whether that’s it for Uncharted? I don’t know. At the end of the day Sony owns Uncharted and they can do whatever they want. But at the end of this story, it will be really hard to do a sequel with Nathan Drake.”

Obviously, what exactly happens to Drake is up for speculation. Some have theorized that Naughty Dog plans to kill him in Uncharted 4, but there’s also an argument that A Thief’s End prompts Drake to set aside his adventuring lifestyle. That would certainly reflect Drake’s changing relationship with Elena across the series, which Druckmann notes will be a major theme in this story.

“The heart of this is Nathan Drake’s struggle: how do you balance your relationship with your family and friends and your passion, the thing you’re willing to dedicate your life to and make big sacrifices for,” Druckmann said. “Nathan Drake has dealt with obsession his entire life and we’ve seen it hurt his relationship. We’ve seen how between each game his relationship with Elena falls apart. There’s something that happens there in that gap that was really interesting for us. What happened there?

Whatever happens, there are still other ways Drake could be included in future Uncharted games. (And hopefully none of those options include the word “reboot”.) But Druckmann is adamant that A Thief’s End will be a definitive conclusion to Drake’s story. “Maybe there’ll be a prequel, maybe it will be a different character, I don’t know,” Druckmann admits. “But this is the end for Nathan Drake.”

Source: The Sun, via GamesRadar