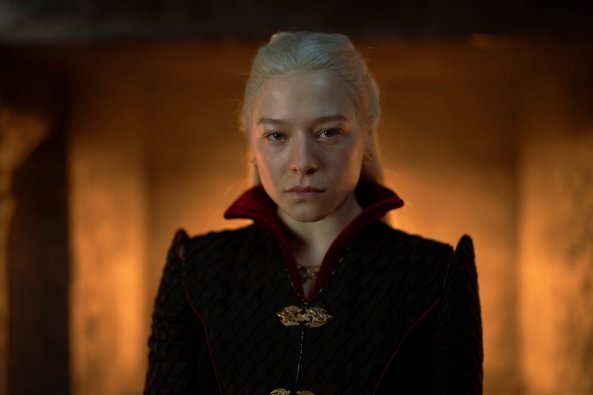 This discussion and review contains spoilers for House of the Dragon episode 10, “The Black Queen,” on HBO.

There is no such thing as a good king or queen in an absolute monarchy. The idea that there can be is a fairy tale.

Over the course of “The Black Queen,” Rhaenyra (Emily D’Arcy) tries to be that mythical ideal. She adopts a reasoned and considered approach to the art of politics, trying to put the interests of the kingdom ahead of her own claim to rule. “As queen, what is my true duty to the realm, Lord Bartimos?” she ponders at a meeting of her allies. “Ensuring peace and unity – or that I sit on the Iron Throne no matter the cost?” It shows remarkable restraint.

“The Black Queen” is an interesting companion to “The Green Council,” in that both are stories of a woman leader trying to slow the inevitable march to war driven by the men around her. In “The Green Council,” Queen Alicent (Olivia Cooke) found herself subject to the manipulations of the men led by her father, Otto Hightower (Rhys Ifans). In “The Black Queen,” Rhaenyra finds herself confronted by something much more primal.

Of course, the men around Rhaenyra are pushing her to war. “Every man standing around the Painted Table urges her to plunge the realm into war,” Princess Rhaenys (Eve Best) recounts to her husband Corlys Velaryon (Steve Toussaint). “Rhaenyra is the only one who has demonstrated restraint.” Notably, those men include Rhaenyra’s own husband, Prince Daemon (Matt Smith). As Rhaenyra enters labor with his child, Daemon is eagerly making preparations for full-scale war.

“Does the promise of war excite you?” Rhaenyra challenges Daemon later in the episode, articulating one of the key themes of House of the Dragon. There is a sense that the realm has been at peace for too long and that men of the realm’s political class hunger for the excitement of war to break up the monotony. After all, war will be an abstraction for most of these men, played out with figurines on tabletops. This may be why a distant war has waged in the Stepstones for decades. 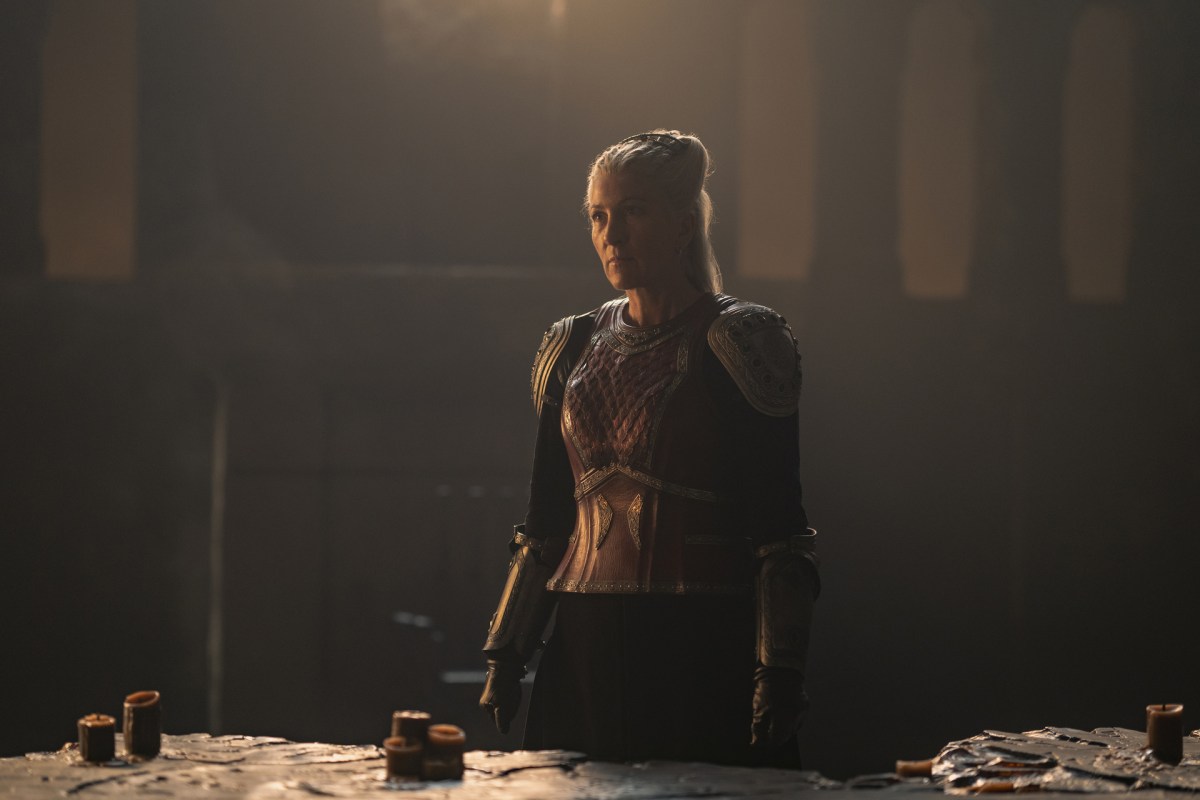 This bloodlust was there in the “wanton violence” that Rhaenys and Corlys noted at the tourney in “The Heirs of the Dragon.” It was present in Laenor Velaryon’s (John Macmillan) yearning for “a little adventure” in the Stepstones in “The Princess and the Queen.” Rhaenys confronts it in “The Black Queen,” acknowledging that Corlys retreated to fight a foreign war following the (seeming) deaths of his children. “You abandoned me when I most needed you,” she accuses.

Matt Smith has argued that Daemon would “lie on his sword for his brother or Rhaenyra,” but that seems like an overly romantic view of the character consistently presented on House of the Dragon. In reality, Daemon is a much more fickle and insecure individual, another one of the entitled and impotent men that Smith plays so well. When Rhaenyra tries to stay his hand, he responds through violence. He grabs her by the throat in a show of force, this woman to whom he swore an oath.

House of the Dragon has contrasted Alicent and Rhaenyra’s relationship to the patriarchal power structures of Westeros. The show has framed Alicent as a woman who cooperates in the hopes of manipulating from within. In contrast, Rhaenyra aggressively resists. “The Black Queen” suggests that even Rhaenyra can only push back so hard against these institutional prejudices. While she is in labor, Daemon ignores her explicit command that “no action be taken while she is at bed.”

Daemon pushes the Black Council towards war. When Rhaenys arrives with news of the death of King Viserys (Paddy Considine), Daemon pushes conspiracy theories to justify a military response, insisting, “Viserys has been slain.” He stresses the tactical advantage that Rhaenyra holds in terms of dragons. “Dragonstone has thirteen to their four,” he offers. When Rhaenyra warns him about the vision of Aegon the Conqueror, Daemon responds, “Dreams didn’t make us kings. Dragons did.” 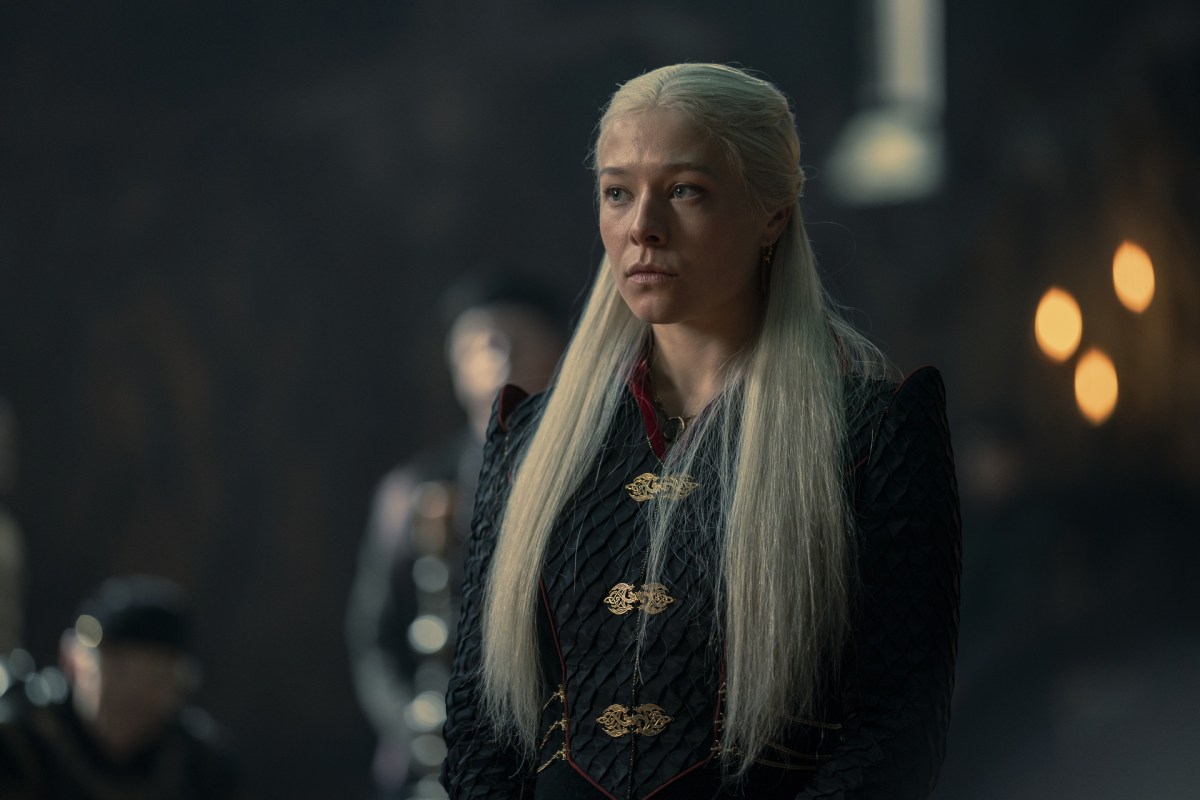 In House of the Dragon, dragons consistently serve as a metaphor for the political and military operation of state power under House Targaryen. Even the manipulative Larys Strong (Matthew Needham) employs fire as a weapon in both “The Princess and the Queen” and “The Green Council,” understanding its symbolic power. In “The Heirs of the Dragon,” Viserys described dragons as “a power man should never have trifled with, one that brought Valyria its Doom.”

So it feels appropriate that the Targaryen Civil War that was promised in the opening moments of “The Heirs of the Dragon” comes about entirely because of characters’ inability to control their dragons. Aemond (Ewan Mitchell) menaces and taunts his young cousin Lucerys (Elliot Grihault) at Storm’s End and proceeds to chase him on the back of a dragon. However, there is a sense that even Aemond knows better than to kill Rhaenyra’s youngest child.

The two boys chase each other through the clouds, but the events escalate outside of their control. Panicked by the larger dragon, Lucerys’ mount Arrax attacks Aemond’s mount Vhagar. Arrax does this explicitly against Lucerys’ instruction. “No, Arrax!” Lucerys commands in High Valyrian. “Serve me!” Vhagar responds with fury, as Aemond struggles to control him. “No, Vhegar!” Aemond yells. “Serve me!” Vhagar does not obey. She kills Lucerys and Arrax, as Aemond watches in horror.

This feels like an appropriate point of no return for House Targaryen, one that fits comfortably with the larger themes of House of the Dragon. In the end, dragons are wild beasts. They can never be fully tamed or controlled. Indeed, the show repeatedly suggests that the creatures choose their riders more than the opposite is true. The belief that even kings and princes can control these creatures is a folly, and it is appropriate that King Viserys never even seemed to try. 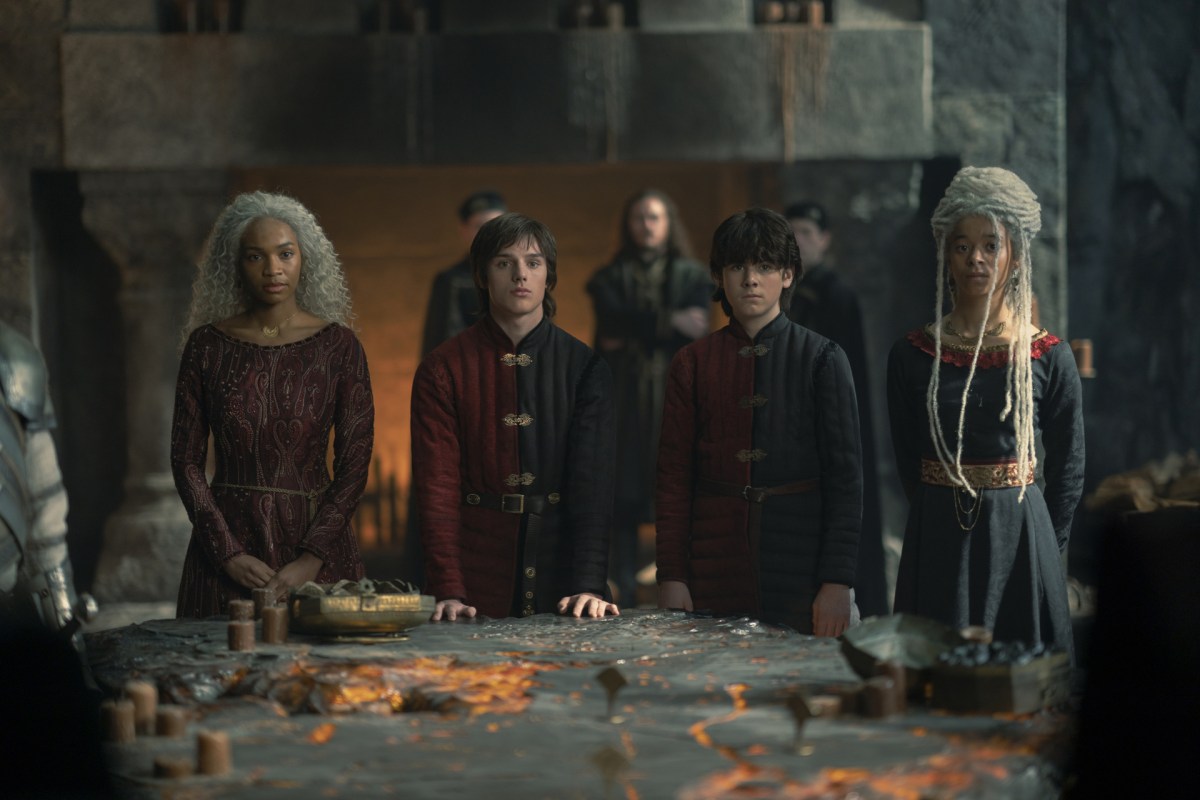 Both Game of Thrones and House of the Dragon are ultimately stories about how the traditions and structures of this feudal society are nothing more than a thin veneer painted over something truly barbaric, most explicitly with the outbreak of violence at the wedding in “We Light the Way.” Can a king or queen ever truly control these systems, built as they are on brutality and horror? If those institutions hunger for war, what chance has Queen Rhaenyra to stand against them?

“The House of the Dragon does not seem to know who rules it,” mocks Lord Borros Baratheon (Roger Evans) as both Aemond and Lucerys appeal for his support at Storm’s End. It is a telling line, because it implies that those within the house hold little agency, but are instead simply mechanisms through which the house might express itself. At this point, and perhaps at any point, there is no choice that any of these characters could make that would avoid the war for which the dragons clamor.

“The Black Queen” suggests that this conflict is inevitable, consciously and deliberately evoking images from earlier in the season. The big centerpiece of “The Heirs of the Dragon” was a birth sequence cut against the brutality of the tourney, a statement of purpose from the show that left both Queen Aemma (Sian Brooke) and her son dead. “The Black Queen” offers a similar juxtaposition, as the stress of Alicent’s coup pushes Rhaenyra into premature labor, resulting in a stillbirth.

As in “The Rogue Prince,” “The Black Queen” finds Otto Hightower and Daemon Targaryen in a standoff on the bridge to Dragonstone, with Otto insisting that Daemon swear allegiance to the king. As in “The Rogue Prince,” the standoff is disrupted when Rhaenyra arrives on her dragon Syrax. Rhaenyra has changed sides, but the repeated imagery suggests the conflict was inescapable. It was always going to happen, eventually, because powerful and primal forces demanded it. 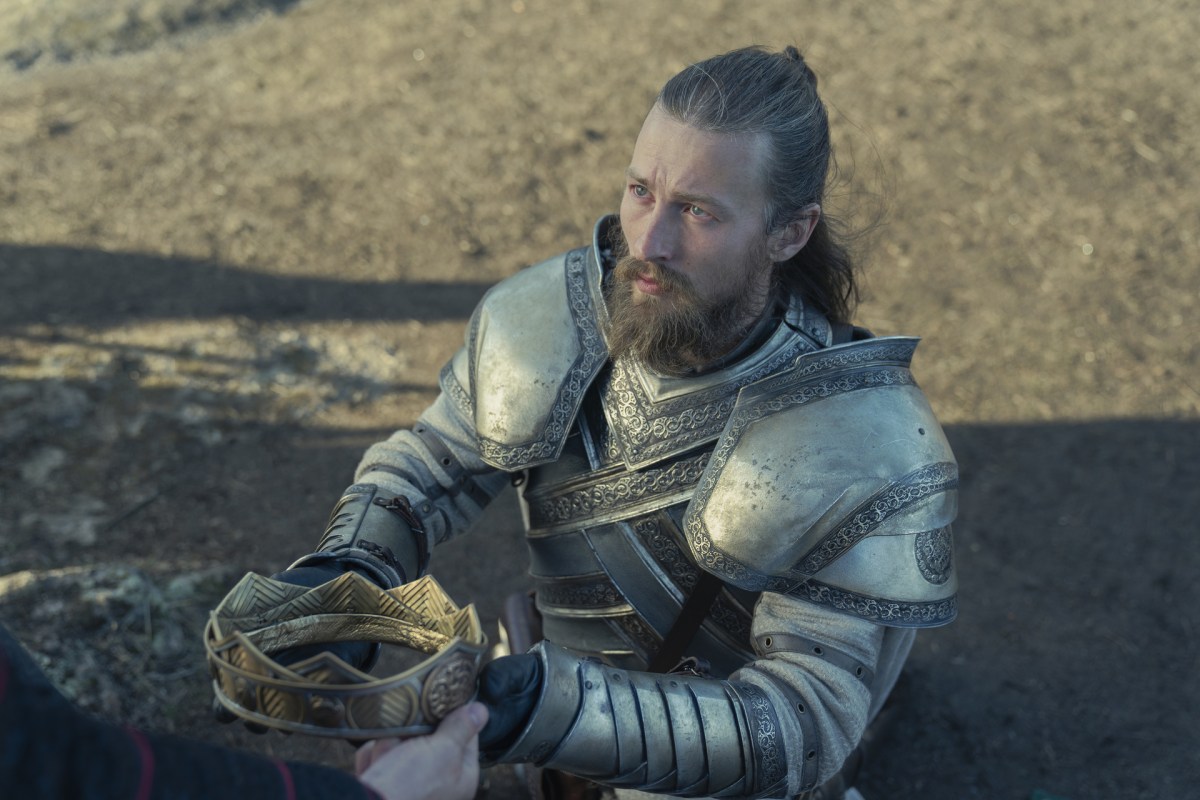 There is a bitter irony in all of this, expressed through the arc of identical twins Ser Arryk (Luke Tittensor) and Ser Erryk Cargyll (Elliott Tittensor). Ser Arryk will fight for Alicent. Ser Erryk will fight for Rhaenyra. Erryk even stole the crown for Rhaenyra to wear. For all Erryk’s moral posturing in “The Green Council,” there’s an inherent absurdity in the idea that there is a meaningful difference between the two. No matter what happens, House Targaryen will win and House Targaryen will lose.

Rhaenyra doesn’t want war any more than Alicent wants war. “When dragons flew to war, everything burned,” Rhaenyra quotes from the family history. “I do not wish to rule over a kingdom of ash and bone.” It is a perfectly reasonable and level-headed argument. It is the position of a good queen. Unfortunately, there is no such thing as a good queen. So the brewing conflict takes what it can from Rhaenyra — first her unborn child, then her second-born child — until it gets the commitment that it needs from her.

Maybe Rhaenyra was a good person with good ideals. However, “The Black Queen” makes it clear that Rhaenyra is no longer afforded the luxury of decency or agency. Instead, she is a queen and must be what the system demands that she be. 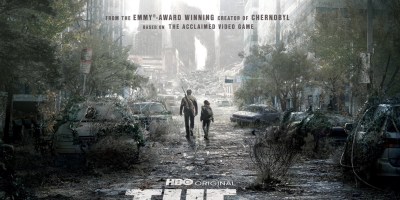 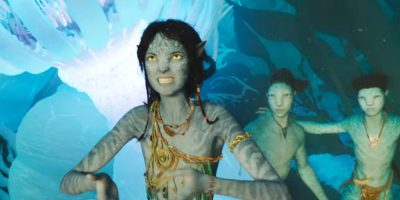