A concern I have with the “Cosplay is Not Consent” movement is how it sometimes focuses too heavily on punitive action and uses online call outs to shame. Some behaviors are, indeed, absolutely inexcusable, but there are also a lot of “Cosplay is Not Consent” pictures out there that mock awkward turns of phrase or a lack of understanding of personal space and those pictures offend people, creating an unending cycle of offense. I’ve had many conversations with people with autism, also known as non-neurotypical or neuroatypical people, about the distress these sorts of pictures cause them. They feel like they’re being picked on.

I’d really love it if I never again have to console someone who legitimately doesn’t understand why they’ve been accused of harassment at a convention. I think it’s important for cosplayers to remember that some people have not had access to things like spacial awareness training that makes us neurotypicals more comfortable. That doesn’t mean that they’re deliberately violating consent.

I don’t have autism. I’m not an expert on it. I’ve just had a lot of personal experience with neuroatypical people. It’s really hard to spend any meaningful time in the cosplay community without encountering people with autism. So I’m not trying to speak for people with autism in this article, and I’m certainly not claiming to know everything there is to know about this issue. I just hope this column gives people less familiar with autism a little more awareness that behavior that may be unnerving probably doesn’t have ill intent. Some people with autism I know are so high functioning I forget they have autism, until moments crop up where it becomes relevant. 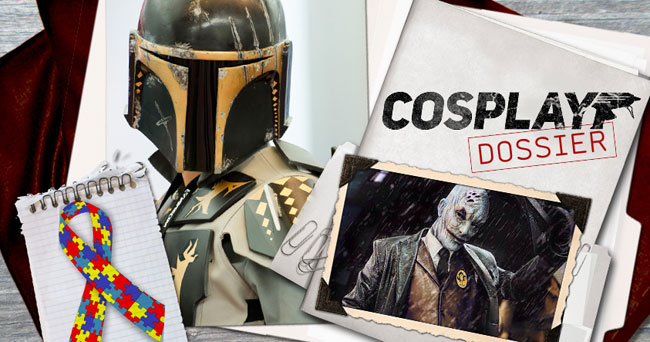 So how does that apply to cosplay, consent, and respectful environments? Well, here’s a situation I personally witnessed:

Who was right there? Objectively, everyone… except the white knight. For god’s sake guys, stop assuming we want you to jump in and solve our problems for us. Ask us if we want help.

The person with autism wasn’t doing anything deliberately harassing – they were trying to fit in with social interactions by mirroring them. Those of us who knew that the person trying to get a photo was on the spectrum found it funny and cute until people started getting upset. However, the cosplayer was also absolutely right that her boundaries were violated, and her discomfort was legitimate. Situations like this are why I don’t believe in “zero tolerance” harassment policies. A poorly-worded policy might have required the convention to remove the “inappropriate hugger” — which would risk being discriminatory. You can’t punish people who mean no harm just because their brains work differently.

This isn’t to say that there aren’t some legitimately disgusting people exploiting others at conventions.

Like I said, this isn’t to say that there aren’t some legitimately disgusting people exploiting others at conventions, but they’re usually the ones that excel at squirming out of trouble. Too often, people who harass with deliberation slip away or manipulate their way out of accountability. Meanwhile, people who are just socially awkward get the book thrown at them.

Now I absolutely don’t want to give the sense that people with autism can’t be expected to know how to behave. Thousands of people with autism attend conventions without incident. A person disclosing that they have autism shouldn’t result in automatic leniency. It’s just undeniably relevant to determining the intent behind their actions.

Fortunately, awareness of autism is increasing in fandom. I’ve been lucky in some situations where the complainant understood that the other person didn’t realize they were doing anything wrong. Sometimes all that’s required to make the complainant feel better is if they have the opportunity to tell the other person that they made them uncomfortable and get an apology.

If you find yourself in one of these situations, please keep in mind that everyone involved is a person. Don’t talk to a neuroatypical adult like a child. Keep your questions and requests clear, simple, and specific. Try to avoid broad questions like, “What are we going to do here?” It can help to get both parties to write down their version of events. I understand that it’s easier for some people with autism to express themselves that way.

I’ve found vague explanations of where things went wrong like “you were acting weird,” can make a person with autism feel stigmatized. They were likely acting completely normal for them — their normal is just different. Tell them exactly what they did that was a problem in the most straightforward terms you can. Communicating solutions has to be equally specific. “Just stay away from each other,” can be too vague. “Don’t go back to her table,” or “avoid row 200 for the rest of the day.” is much clearer. It can be a very fine line between being specific and talking down to a person, so take it slow, one step at a time. 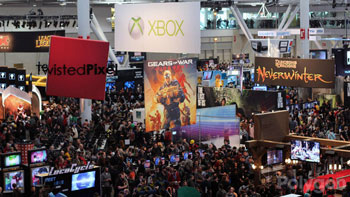 These situations are undeniably challenging. A lot of patience is required. Fortunately, most complainants just want to be left alone and feel assured that they won’t have to keep looking over their shoulder. They don’t have a vindictive desire to get someone banned. As long as your event rules give you flexibility, you likely won’t be forced to ban someone on their first offence.

Sometimes, however, that luck doesn’t hold, and the rattled cosplayer doesn’t feel terribly open-minded. This is valid: a person who has had a scare can’t be expected to be immediately open to hearing another perspective. It’s a real tightrope and every case is different. You can do everything by the book and still not get a good outcome.

And if the person who made the complaint isn’t satisfied with that outcome, prepared to get called out on social networks and possibly have some websites write some nasty articles about your convention. You’ll get accused of “victim blaming” or “condoning harassment,” and from experience? That’s so not fun. But I didn’t feel right sacrificing some poor kid who just didn’t understand how they were being received to avoid these accusations, so I took it on the chin.

These misunderstandings can happen even when a person is just extremely socially awkward, but it becomes even more complicated when something like autism is involved. The good news is that the more time you spend with people with autism, the better you get at communicating effectively with them. People with autism are people, and conventions are as much their space as anyone else’s.