A friend asked me to write this column. He’s a cosplayer, but he also likes taking pictures of other cosplayers at conventions, and he made the following observation to me regarding male-to-female crossplayers:

“I think that male-to-female crossplaying might actually be more disdained now than in the past, given that many people are increasingly perceiving cosplaying as a form of girl pin-up modelling and photography.” 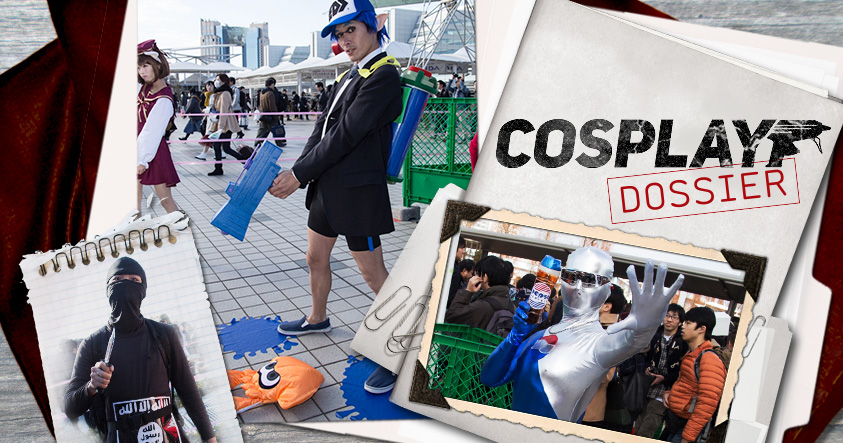 That got me wondering if there was, in fact, an increased stigma against all male cosplayers – more limits on what they can wear, more heckling and body shaming, and more general disrespect. I have no way of measuring this, but I think it’s important to consider, because a lot of people automatically think of a woman when the hear the word “cosplayer”.

This leads to an effect called Othering which, simply put, means you think of a person as meaningfully unlike yourself. You think of this person as a “them”, not as part of your group, or as part of “us”. Othering becomes an issue when a particular role is too closely linked to a particular gender – think “male nurse” or “girl gamer”. The idea that there’s something strange about a man becoming a nurse or kindergarten teacher means that this nurse or teacher can be thought of as “not one of us”, and can become something of a social and professional pariah.

Othering does happen in cosplay. For instance, what do you call a man who sews? The technically-correct term, “seamster”, doesn’t get popular usage. “Seamstress” is far more widely understood. In fact, the better-known term “tailor” refers to a person who makes made-to-measure men’s clothing, not clothing for both genders – traditionally, someone who made clothing for women was a “dressmaker”. Because there are so many more female cosplayers out there, our minds default to “seamstress” when we consider who makes those clothes.

But the cultural implications go further, don’t they? Sewing is still likely seen far more as “woman’s work” than even cooking or childcare. Google “sewing machine toy” and your eyes will be assaulted by an array of searing pink devices; pink, of course, being the universal symbol for “girl’s toy”. If a boy seems to show an early interest in sewing, he might get the same negative reinforcements I used to receive when I expressed an interest in Dungeons and Dragons. My sixth grade classmates were fine with it, but the teachers very clearly thought my interest was bizarre, and perhaps a sign that something was “wrong”. To this day, my mother refers to my Dungeons and Dragons books as “The Ugly Things” due to the monster images on the covers. 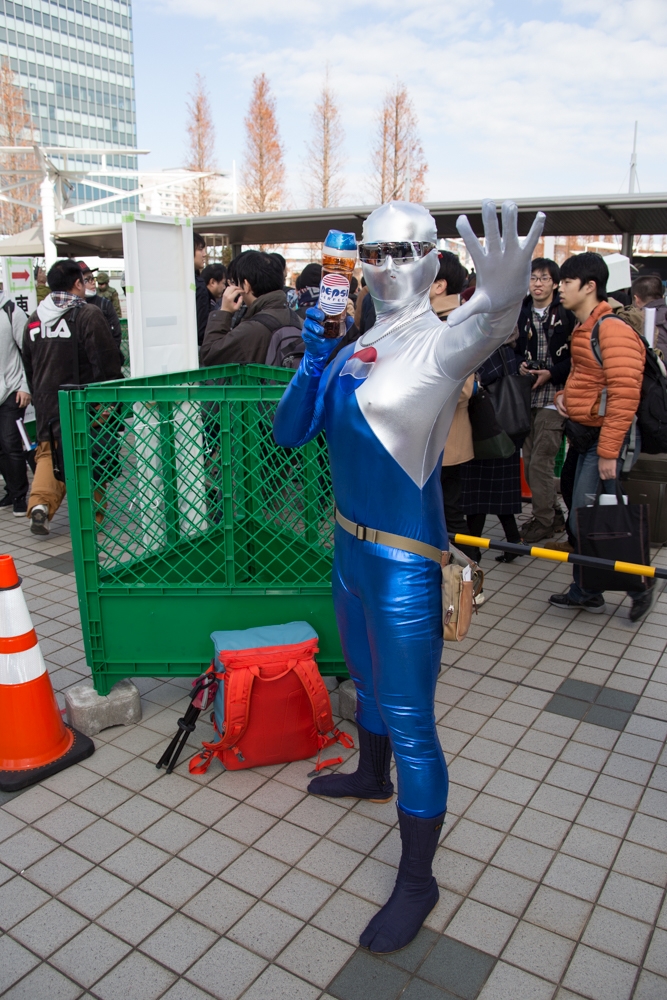 But let’s face it: there’s a certain cool factor to being a tomboy. Put a guy with a beard in a dress, on the other hand, and it’s often shorthand for humiliation. If a guy is convincing in drag, many assume that he’s gay. It’s all connected to the idea that no “normal” man would willingly want to look like a woman, while a woman who adopts certain male identifiers is seen to gain status. A smaller bust, for instance, is associated with greater moral virtue.

But as my friend put it, “a costume is just a costume. The person underneath could be either gay or straight just as the person in the Joker costume could be either sane or insane.” It’s a good point: we don’t assume that a guy dressed as the Joker is actually a murdering psychopath, so why are homophobes so rough on bronies? (A brony is a male fan of My Little Pony, for those who don’t know.)

Bronies are a unique phenomenon. It’s possible they’re so derided because of a perceived double loss of status – furries are mocked because an animal is seen to be less than a human, and shows for girls are seen to be less than shows for boys. Culturally, it’s seen as less perplexing that a girl would like, say, Transformers, than that a boy would be more interested in Disney Princesses. Similarly, way more women dress up as some version of Darth Vader than men cosplay Princess Leia.

Vader, of course, is a heavily-armored villain, and armor seems to be the one thing guys can get away with in cosplay that’s guaranteed to be seen as cool as long as it’s well made. Armor is manly after all! Anything involving spandex can be seen as either homoerotic or narcissistic, and costumes that allow men to wear things more like street clothes – the Joker, Two-Face, and the movie version of Bane, for instance, are perceived in a far less homophobic light. For some reason, a lot of guys still act offended when they’re “forced” to see the nearly-naked bodies of other men outside of a gym locker room.

All this adds up to the distinct possibility that men are the Other gender in cosplay. Now, one might claim that this is not so because the photographers of cosplay are presumed to be male, so cosplay is the Male Gaze in action… but a sure-fire way to get a serious female cosplayer really really angry at you is to tell her that she’s doing it for male attention. She’s doing it for herself.

Do male editors at geek websites and mainstream newspapers select more pictures of women because they personally prefer them, or because “sex sells”? Sure. But this is a side effect of cosplay. Cosplay itself is an performed experience as opposed to a subject-object dichotomy. If you wear a costume to a convention and don’t pose for a single photo, you’re still a cosplayer.

And yet the influence of media makes this problem a complex one. We know that there are far fewer prominent male cosplayers – the same way there are far fewer female game developers and comic book artists. And yet we don’t presume that the reason for the shortage is the same. The thinking goes that there are fewer female game devs because video games are primarily a male interest. But then we assume that there are more female cosplayers because it’s men who are primarily interested in the pictures. These are more likely self-fulfilling prophecies than the natural order of things, because dudes will paint their faces and wear ridiculous accessories with pride as long as a sporting event and beer are involved.

So maybe it’s time we got serious about ending the active discouragement that men face when they want to cosplay, the same way we need to meaningfully address the way a girl is discouraged from going into game development. The root of the dissuasion is the same in my experience: the idea that the opposite sex won’t like you as much if you do that thing. This is a complete myth, and it’s time we collectively admitted that.

Hey, maybe I could design a game about a male cosplayer! That would tackle both sets of stigma with one product!