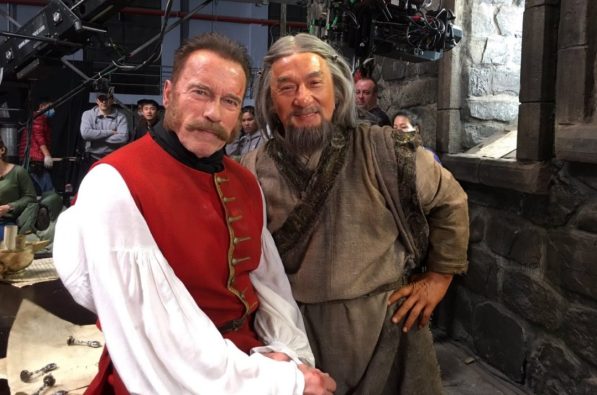 The Mystery of the Dragon Seal: Journey to China stars two of the biggest classic action film stars, Jackie Chan and Arnold Schwarzenegger. But thanks to production delays and legal disputes, it’s been sitting in limbo for two years. Now it finally has an Aug. 16 release date… in China and Russia.

The film was originally shot in 2017 and even had a teaser trailer released for it back then. If you haven’t heard about The Mystery of the Dragon Seal despite the fact that it is the first time the pair has appeared together in a film, that makes sense. It’s a sequel to the Russian mega-hit Forbidden Empire (also known as Viy), which never really made it outside of the country in any big way. However, given its success there, the producers decided they’d go bigger and hopped on the trend of aging action stars beating each other up. (Or at least the teaser trailer suggests a Chan/Schwarzenegger fight). It’s the one matchup that The Expendables couldn’t pull off.

The movie will continue the adventures of the English explorer played by Jason Flemyng (Jonathan Green) as he maps the Russian Far East. On that trip, according to the official plot description, he’ll meet monsters, princesses, dragons, and martial arts experts.

Considering the weight that Jackie Chan and Arnold Schwarzenegger bring, an announcement of a most-likely limited U.S. release can’t be too far behind we hope, now that whatever was causing the delays has been cleared up. For anyone in China or Russia reading this, The Mystery of the Dragon Seal: Journey to China will open on Aug. 16.