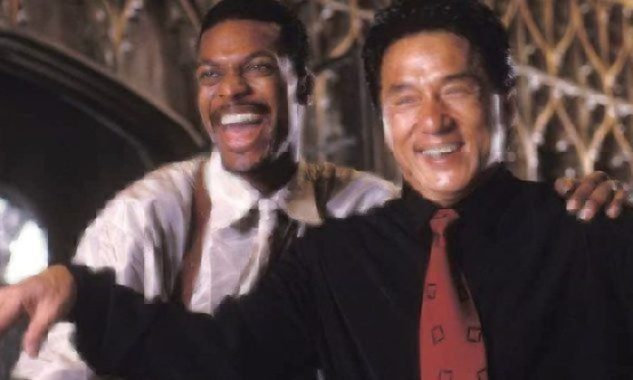 Remember Rush Hour? Jackie Chan remembers Rush Hour. He and Chris Tucker have been talking about making a fourth film in the series since the third film came out in 2007, but it never seemed like it was actually going to happen, especially after the Rush Hour TV show flopped. However, things seem to be moving according to Jackie Chan himself, who recently told the audience at the Red Sea Film Festival that there is active work going on Rush Hour 4.

“We’re talking about part 4 right now,” he told the audience, saying that he was actually going to meet the director that evening to discuss the script.

There is so much to unpack here with just that little bit of information. To begin with, it’s not really clear if anyone is asking for a new Rush Hour movie. It’s been 15 years since the last movie, and despite being huge when the original released, its star has fallen dramatically. That’s not to mention that both Chan and Tucker are now pretty old too, and Tucker’s star hasn’t exactly risen over the last 15 years while Chan has cut back drastically on his action stunt work. There’s also the fact that the original films were based on a brand of comedy that might not fly anymore, in addition to the aforementioned lack of interest in the series as a TV show.

Then there’s the big elephant in the room. While Jackie Chan didn’t mention a specific name for the Rush Hour 4 director, Brett Ratner directed the first three films and had a big hand in the franchise. Ratner has since become a pariah in Hollywood after sexual misconduct allegations cropped up from multiple women. It’s quite possible that he isn’t involved in this film at all, but even the whisper of his name puts a shadow over the whole thing.

We’ll have to wait and see what comes of this, as it’s clear that whatever is happening with Rush Hour 4 is very, very early in the works, but we may just get to see a geriatric Chris Tucker yell at Jackie Chan for two hours once again. In the interim, Chan says he wants to make “less action stories, more love stories” moving forward, and he is planning a “drama film for women.”

But what we all really want another sequel to is Shanghai Noon, right?