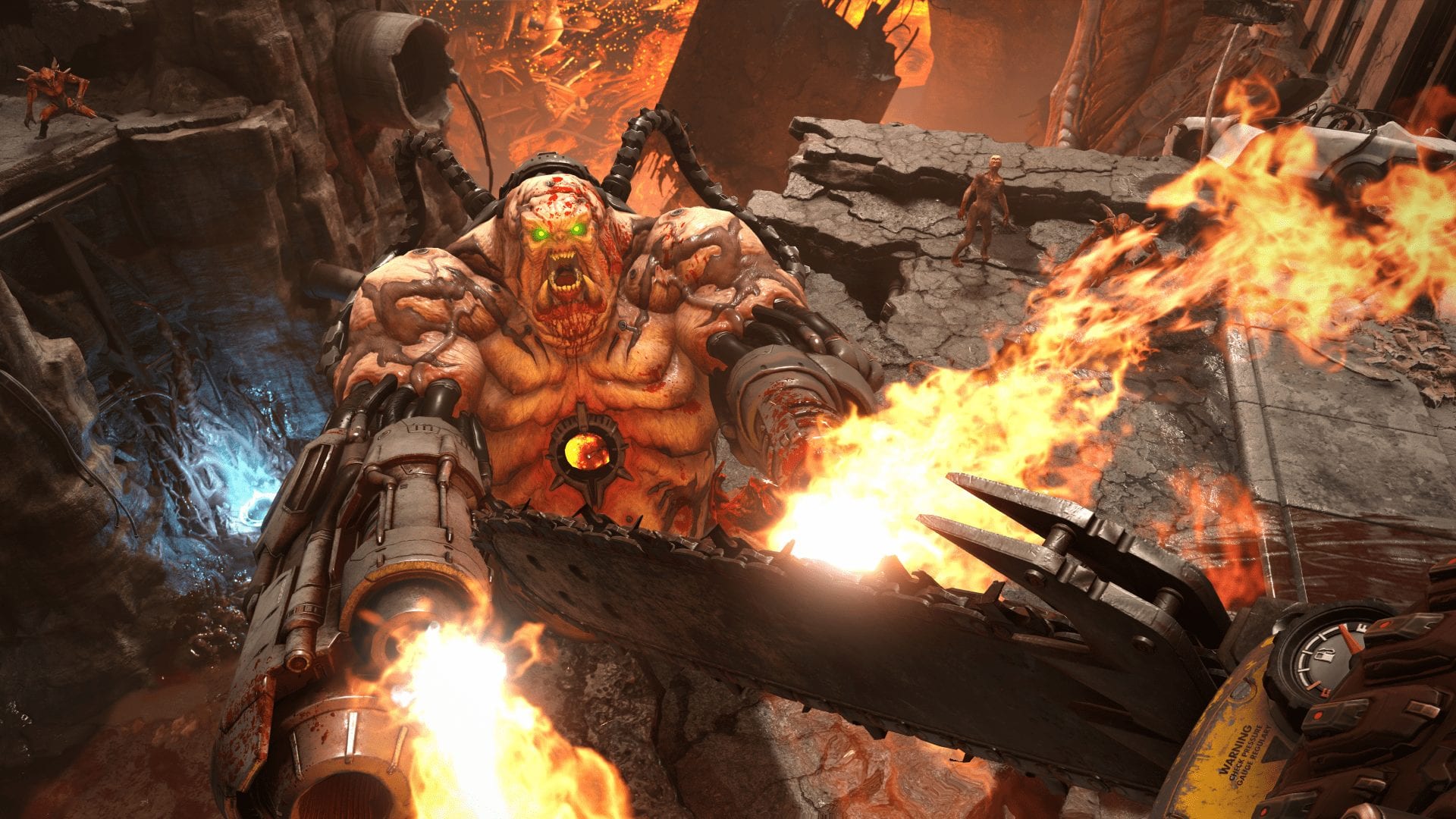 Choirs make everything monumental. Whether you’re drinking coffee, pumping gas, or submitting a tax refund, a backing choir can add a certain grandiosity to even the most mundane venture. Especially excessive heavy metal riffs.

Doom Eternal composer Mick Gordon agrees. On his YouTube channel, Gordon announced he is seeking a heavy metal choir. Per his statement: “I’m currently writing music for a video game. I really want to record a choir.  But for this project, I don’t want to record a regular choir; I want to record a choir made up entirely of Heavy Metal Screamers. To the best of my knowledge, I don’t believe this has ever been done before.  Therefore, here is an open invitation to anyone out there who wants to apply to join our Heavy Metal Choir.”

Gordon did not specifically say what video game the music was for, but according to his IMDB page, he is the composer of id Software’s Doom Eternal which is still in development and will potentially release later this year.

Adding to the speculation the unidentified game is Doom Eternal, Gordon composed 2016’s lauded Doom reboot soundtrack which featured an industrialized heavy metal score. The soundtrack perfectly complemented the game’s bloody acrobatic demon-slaying and fast-paced shooting. According to Gordon’s website, the score was meant to “illustrate the game’s portrayal of Hell and its insidious power.”

The soundtrack won numerous awards including a 2016 VGA for Best Music / Sound Design, and if you have what it takes to make blood-curdling screams for an award winning composer, the application (which can be found on Gordon’s website) must be submitted by Friday, January 11, 2019.

Gordon’s desire for “Heavy Metal Screamers” contains a few conditions. If selected, you must be over 18 years old and be able to get to Austin, Texas when the recording is scheduled on the first week of March. Those selected will receive payment and a credit for their work.