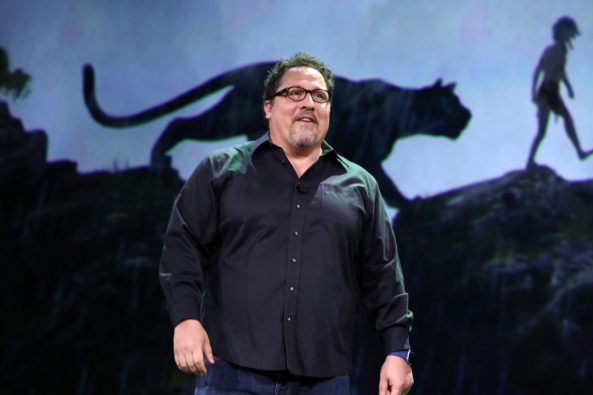 Given the fact that Jon Favreau has already made Disney billions of dollars through films like Iron Man, The Jungle Book, and The Lion King, you’d think they’d be knocking down his door to work on projects, but it turns out he came to them to get The Mandalorian made.

Speaking with THR about his new production company Golem Creations, the director revealed that he had already written four episodes of the show before any deal was in place. Of course, Favreau had his own conditions too:

I had been thinking about Star Wars since Disney acquired Star Wars. When I was working on Lion King, it was a full-time job for a few of the years, but there was a lot of time when I just had to be available for three very focused hours a day. The TV model allowed me to be an executive producer [on Mandalorian], which allowed me to, on my own time, write everything. It’s a lot like being a chef. You write the menu, you staff up with people who are great at what they do, you oversee and help guide the people who are actually cooking the food, working the line, and then at the end, you plate.

Beyond this hot quote, the article is quite an interesting look at the man who is in many ways leading a digital revolution in Hollywood and is entirely unapologetic about it. While many might argue the move to a completely digital form of filmmaking is a bad thing, Favreau routinely defends it as a new way of storytelling throughout the interview. He comments that animation is created by humans just like an actor’s performance. Favreau even goes as far as to point out that the fact that two of the stars of The Lion King didn’t even meet until the premiere was a good thing because it allowed them to work together when otherwise they would not have been able to.

The other interesting thing is Favreau’s complete non-answer to whether or not Marvel could entice him back to direct another film, saying only that, “I’m talking to them because I’m very close friends with all of them.” He pretty much dodges the question entirely and will only confirm that he’s happy to return to the MCU as an actor any time. Given, however, the fact that Happy Hogan has been relegated mostly to Spider-Man films, that could be up in the air as well.