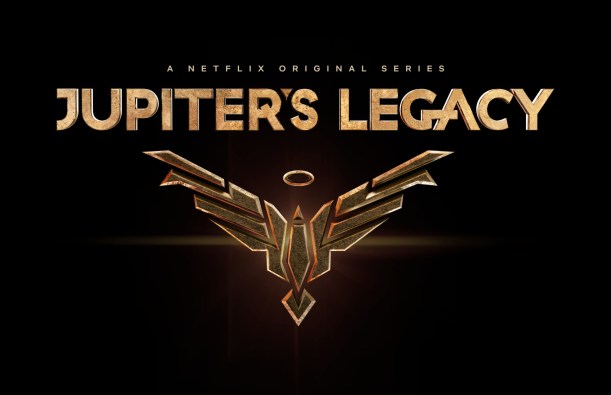 To begin, no, this is not a sequel or spin-off of the Wachowskis’ fantastically horrible 2015 big-budget, science fiction train wreck Jupiter Ascending. Jupiter’s Legacy is a new Netflix series based on the comics of the same name by Mark Millar and Frank Quitely. It’s one of the first shows to be released under Netflix’s deal to bring Millar’s Millarworld comics to its streaming service. Netflix dropped the first teaser for the show today along with a release date of May 7, 2021.

The Jupiter’s Legacy Netflix teaser is truly just a teaser. It’s mostly just close-ups of the show’s logo and a waving cape while someone warns of an imminent threat and that evil will be coming for whomever he is speaking to. Most likely this is one of the older superheroes speaking to his child as the series is about one generation of heroes passing down their legacy to the next. The show focuses on the transition of an old guard of heroes, who have protected Earth for nearly 100 years, as their children begin filling their shoes. The transition isn’t as smooth as it could be as the younger heroes struggle to live up to their parents’ standards and are a bit overeager to prove themselves. Basically, it’s a coming-of-age story with superpowers.

The show’s first season will run for eight episodes, and while no second season has been announced, it’s probably coming given Netflix’s investment in all of Millar’s work as it looks to build out a shared universe of superheroes to help replace its Marvel shows. Mark Millar, Frank Quitely, Lorenzo di Bonaventura, Dan McDermott, Steven S. DeKnight, James Middleton, and Sang Kyu Kim are executive producing on the show.