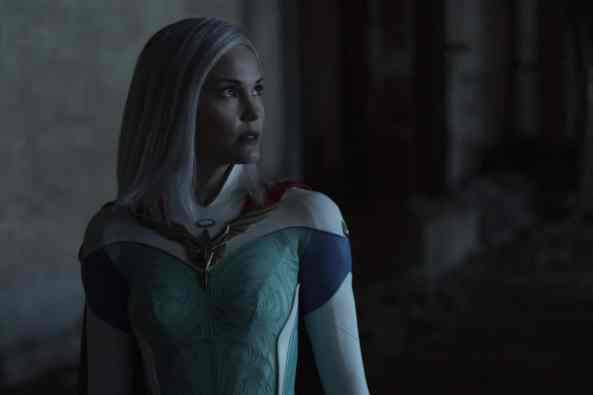 Millarworld is coming to Netflix in a big way, and its first series is almost here as the first trailer for Jupiter’s Legacy teases. The show, which is based on the comics of the same name by Mark Millar, is being run by Steven S. DeKnight, the man who successfully launched Netflix’s Marvel series. The similarities don’t end there, as the trailer shows this is clearly a darker, grittier, more dramatic take on superheroes than seen in the Marvel Cinematic Universe.

As the trailer demonstrates, Jupiter’s Legacy features a collection of aging superheroes who have been protecting the world for 90 years but are beginning to feel their age. Their offspring, the next generation of heroes, is coming up, and they don’t quite act like the ideal their parents want them to live up to. As the original heroes grapple with their legacy, their children try to move out from under their shadows and become their own heroes while dealing with the fact that their parents weren’t always the best parents. It’s definitely an interesting take, though they seem to have been beaten to the punch for the older-hero-living-on-a-farm-with-his-family-and-struggling-with-his-children’s-resentment storyline by Superman and Lois.

If nothing else, the action looks absolutely spectacular, and Netflix is clearly not holding back on the budget for this one as it’s hoping to establish its own little superheroes universe with a host of Millarworld films and shows. The cast is pretty good too, with Josh Duhamel, Leslie Bibb, Ben Daniels, Andrew Horton, Elena Kampouris, Mike Wade, Matt Lanter, and Ian Quinlan. The first season of the series will run for eight episodes. There’s no official confirmation of a second season yet, but with that few episodes, we can probably assume this will feel very much like part one with season two rounding out the story.

Jupiter’s Legacy will land on Netflix on May 7.