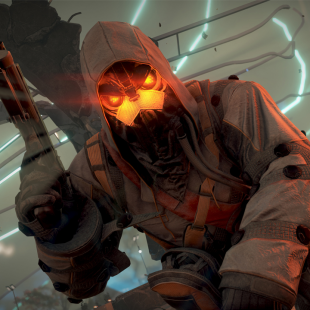 Eric Botljes, lead designer for Killzone: Shadow Fall, says that the PS4 is easier to develop for but will require quadruple the production effort.

Much ado has been made about how the PlayStation 4, unlike the Cell-based PS3, will be much easier for developers to make games for. “The barrier to entry that existed on the PS3 technologically is gone,” said architect Mark Cerny. That being the case, the coming of the PS4 and next-generation consoles doesn’t necessarily mean things are going to get breezier for game developers. In fact, things may just get hard in different ways,

“The architecture is really cool because it’s easier to develop for, you get more memory, you get more hard drive space, you get more processing power so the architecture is easier,” said Eric Boltjes, lead designer for Killzone: Shadow Fall. That being the, case the increased power of the PS4 also means that the hardware is “a lot more demanding.” According to Boltjes, “the production effort needed just to make a next-gen title now is not doubled; It’s quadrupled.” In turn, developing a game like Killzone: Shadow Fall “takes a lot more people” and “from a professional standpoint it makes things a lot harder.”

Considering how expensive it already was to make triple-A titles like Shadow Fall, we can only imagine that the increased technical requirements of the PS4 (and Xbox One) will do little to help with that. That being the case, with the PS4 looking to rely more heavily on smaller indie productions this generation, the costs of triple-A games might have less of a reach than in the previous years where more than a few developers died trying to produce games they couldn’t afford.