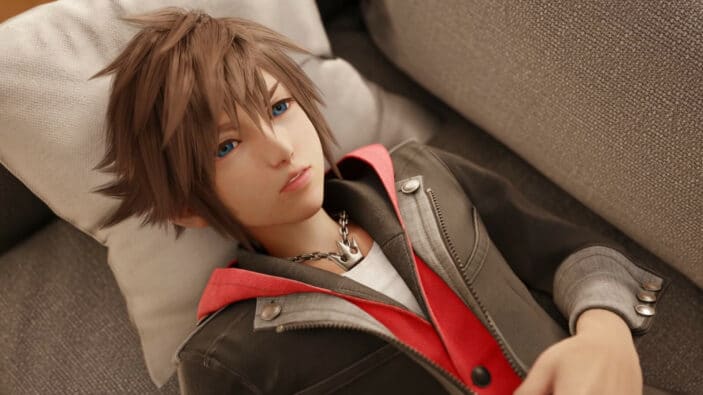 Square Enix announced Kingdom Hearts IV during the Kingdom Hearts 20th Anniversary event, showcasing some gameplay and a new look for the franchise’s Keyblade-wielding hero, Sora. This early-in-development footage presents a more realistic, real world-like location than has previously been seen in the franchise.

As Sora wakes up in the large city of Quadratum, he’s confronted by a kaiju-like Heartless that decides to wreak havoc on an unsuspecting city. Combat looks just as flashy and cinematic as Kingdom Hearts fans have come to expect, and there’s even an appearance from a few hooded individuals who might be part of Organization XIII. The video ends with Donald and Goofy traveling through the darkness for their lost companion Sora, but someone else finds them first. See Sora’s slightly more mature look in the Kingdom Hearts IV announcement video below.

Kingdom Hearts IV will mark the beginning of the “Lost Master Arc.” This first look obviously brings the return of Sora, Donald, and Goofy, but it also introduces Strelitzia, a new character whom we’ll meet in Quadratum. Meanwhile, Square Enix also announced Kingdom Hearts Missing-Link for Android and iOS devices. It will receive a closed beta later this year, and the game will “allows players to embark on adventures from the realm of Scala ad Caelum into the real world.”

The last mainline entry in the franchise, Kingdom Hearts III, arrived in 2019, marking the end of a 14-year wait for a numbered continuation for Square Enix’s Final Fantasy-Disney mashup series. No release window or platforms have been announced for Kingdom Hearts IV yet.