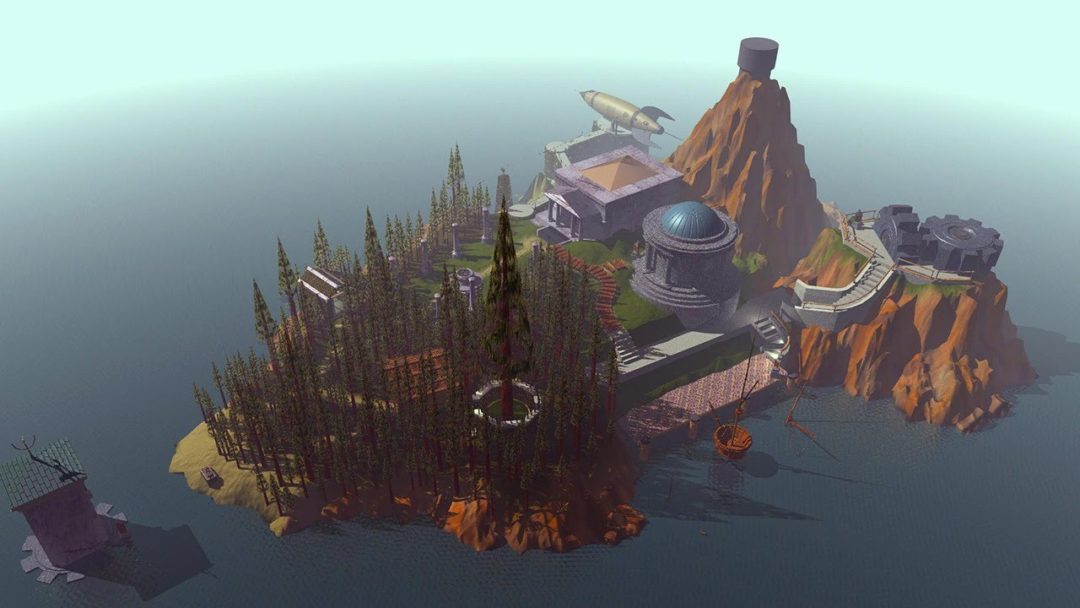 Village Roadshow has acquired the film and TV rights to Cyan Worlds’ seminal 1993 adventure game Myst. The production company will work alongside Myst co-creator Rand Miller and his younger brother Ryan Miller on a slate of adaptations of the best-selling PC game of all time. Myst co-creator and fellow Miller brother Robyn is reportedly not involved.

Myst is famously quiet, lonesome, and gradually paced, but it does theoretically have a substantial enough plot to spin into a silver screen adaptation. Underneath the layers of incomprehensible puzzles about astrological dentist chairs, the game is really a family drama. The story concerns ancient scholar Atrus, his sons Sirrus and Achenar, and his father Gehn, all of whom are backstabbing dicks with a habit of imprisoning one another in magic books. Myst’s backstory is gradually expanded and deepened in the game’s four sequels, but the wording of Village Roadshow’s press release suggests that it might have only acquired the rights to the first game.

Village Roadshow is apparently keen to turn Myst into a Marvel-inspired “multi-platform universe” which will include “film, scripted, and unscripted TV content.” What is meant by “unscripted content” is not clear, but every option is equally zany to consider. A Survivor-esque Myst challenge show where contestants are stranded on a real puzzle-strewn island? Some kind of Myst game show? A Myst-flavored riff on The Great British Bake Off?

Film and scripted TV content are only slightly less bizarre choices, but Myst adaptations are not totally unprecedented. In the years following the game’s release, the Millers teamed up with science fiction author David Wingrove to produce a series of prequel novels that expanded on the game’s lore, including its central mystical art of authoring books that serve as portals to other worlds. Three novels were released of the intended five.

Village Roadshow also isn’t the first production company to take a crack at Myst. The appropriately named Mysteria Film Group acquired the movie rights to the game back in 2010, but its proposed adaptation never materialized. Cyan Worlds then partnered with Legendary Entertainment in 2014 for a deal that would include a television series and a brand new tie-in Myst game to promote it. Robyn Miller confirmed in the wake of today’s news that the Village Roadshow deal is replacing the Legendary Pictures one.

Poor Legendary — that Life Is Strange adaptation they announced in 2016 appears to have evaporated too. Then again, that was going to be a co-production with dj2 Entertainment, who are currently working on the destined-for-catastrophe Sonic the Hedgehog movie, so maybe it’s for the best. Keep your weird, furry white hands off Max Caulfield, Legendary, you don’t deserve her.

Village Roadshow’s Myst adaptations don’t yet have a release date. It’s possible they never will.