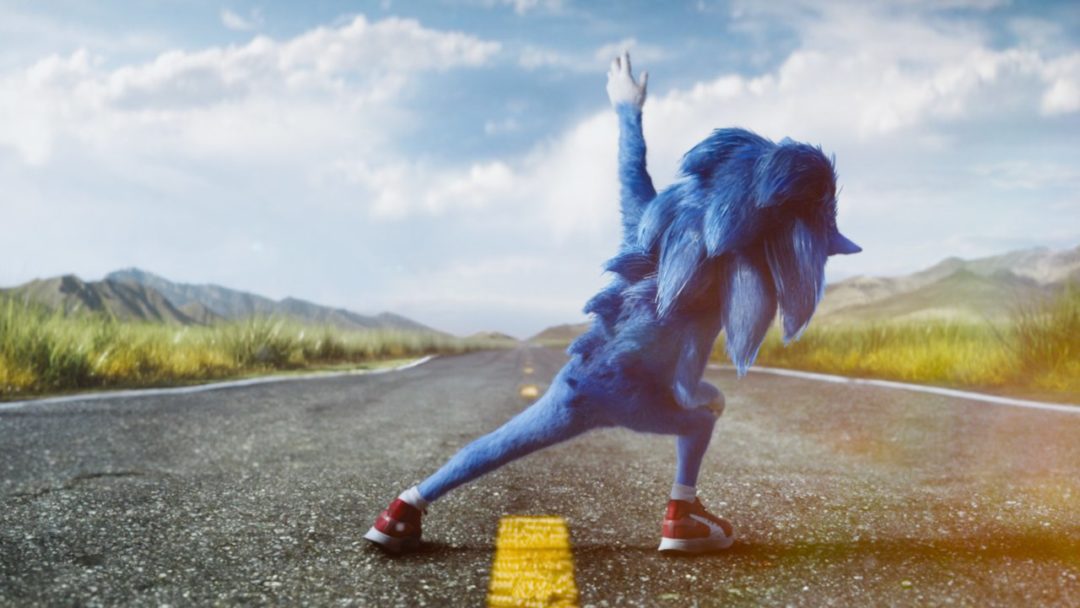 Nothing changes one’s perspective like being on the receiving end of an internet shitstorm. Earlier this week, the debut trailer for the Sonic The Hedgehog film horrified viewers with its live action interpretation of Sega’s iconic platformer. The preview is littered with problems like Jim Carrey’s camera-mugging performance as Dr. Robotnik and a bizarre joke involving a child zipped inside a duffle bag just, but the most consistent complaints were about Sonic’s human teeth and disproportionate body design. Simply put the movie’s version of Sonic is pure nightmare fuel, and the denizens of the internet mercilessly attacked the pitiful creature with their keyboards.

After being panned by the worldwide pop culture zeitgeist, Sonic’s Hollywood look is now being redesigned. Responding to the intense online backlash, Sonic The Hedgehog director Jeff Fowler took to Twitter in order to address the criticism. “Thank you for the support,” Fowler Tweeted. “And the criticism. The message is loud and clear… you aren’t happy with the design and you want changes. It’s going to happen. Everyone at Paramount and Sega are fully committed to making this character the best he can be.”

Fowler’s announcement of a post-production fix appears to have quelled much of the internet’s consternation surrounding the project. Many of the commenters responding to Fowler’s Tweet expressed surprised that a movie director is listening to their feedback and working to significantly alter a film that’s a few months away from its scheduled November 2019 release.

But redesigning the character, can only do so much. While movie magic (and underappreciated CG artists) can transform Sonic from a Spore-style evolutionary misstep into a talkative mobile plushie, post-production won’t change Sonic The Hedgehog’s slew of other problems i.e. everything else. Jim Carrey is still hamming it up with his outdated schtick, the tone seems alien, and the film looks as if it were made by a marketing committee rather than someone with artistic vision.

Ironically, Sonic’s redesign may make the movie less enjoyable. A more loyal incarnation of the blue speedster may increase the film’s quality, but Sonic The Hedgehog still looks like a slow motion disaster. If it’s already going to be a trainwreck, why not just let this Sonic choo-choo train go full speed ahead for maximum impact. Let us revel in watching the absolute worst Sonic The Hedgehog can be. Give the film an opportunity to be as enjoyably atrocious as Troll 2, Birdemic: Shock and Terror, The Room, or Nine Lives. A more dapper Sonic will only make this seemingly bad film less interesting.