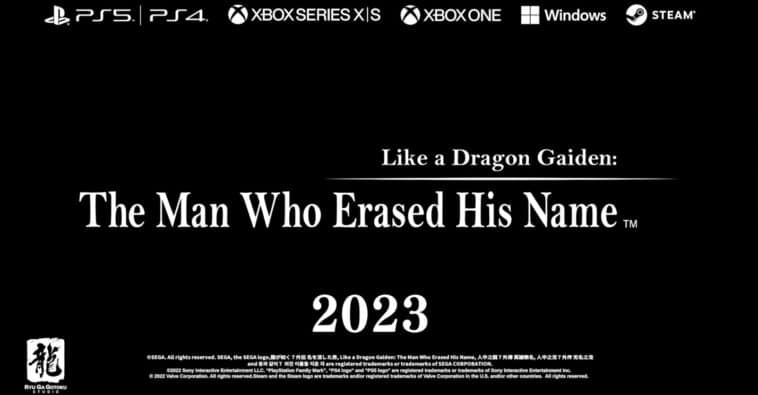 In the announcement trailer for Like a Dragon Gaiden, Joryu speaks with a man that involves the “Daidoji Faction” at a place that at first glance looks like just another location in Like a Dragon: Ishin. It’s a great trick, but otherwise, it’s just a teaser. Kiryu Kazuma will apparently sport a new action style in this game, and he is being asked to do a little manual labor — so to speak. This game will be about half the size of a traditional Yakuza adventure, and to reiterate, it will not be an RPG like Like a Dragon 8 (which was also just announced).

This news marks the end of RGG Summit 2022. Surprisingly, Judgment PC ports were not announced despite recent ESRB ratings, but suffice to say… they are coming. Trust me on this one. [Update: It’s official now.]