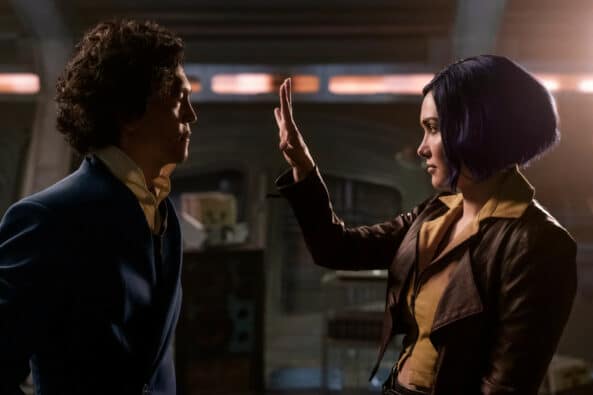 The live-action Netflix adaptation of Cowboy Bebop was always going to be contentious. Not only is the original anime widely loved, but it’s also highly respected, readily recognized by many as one of the best anime series ever produced. Adaptations of lesser works attract ire and derision. From the outset, Netflix faced an uphill battle. With that in mind, the negative fan reception was predictable simply because Cowboy Bebop (2021) isn’t Cowboy Bebop (1998). However, there’s more to it than that. Judged on its own merits, the adaptation doesn’t feel great — it’s certainly inferior to the original. Nevertheless, its creators absolutely understand the slippery quality of adaptation.

One thing everyone should know is that adaptation isn’t transliteration. Transferring an idea from one medium to another isn’t about simply recreating it in another form. Instead, the process is a vast conversation. Medium, narrative structure, production contexts, social contexts, and the technologies of (re)creation are just some of the facets that warrant consideration.

The Lion King proved the futility of attempting a shot-for-shot update. As beautiful as that remake was, it was totally devoid of the soul that made the original animation so memorable. Adaptation is a mixture of interpretation, approximation, and concession.

Many of the reactions I’ve seen to Netflix Cowboy Bebop miss that. They deride it as a victim of current trends in television production, as if not realizing those apparent capitulations are exactly why it succeeds. 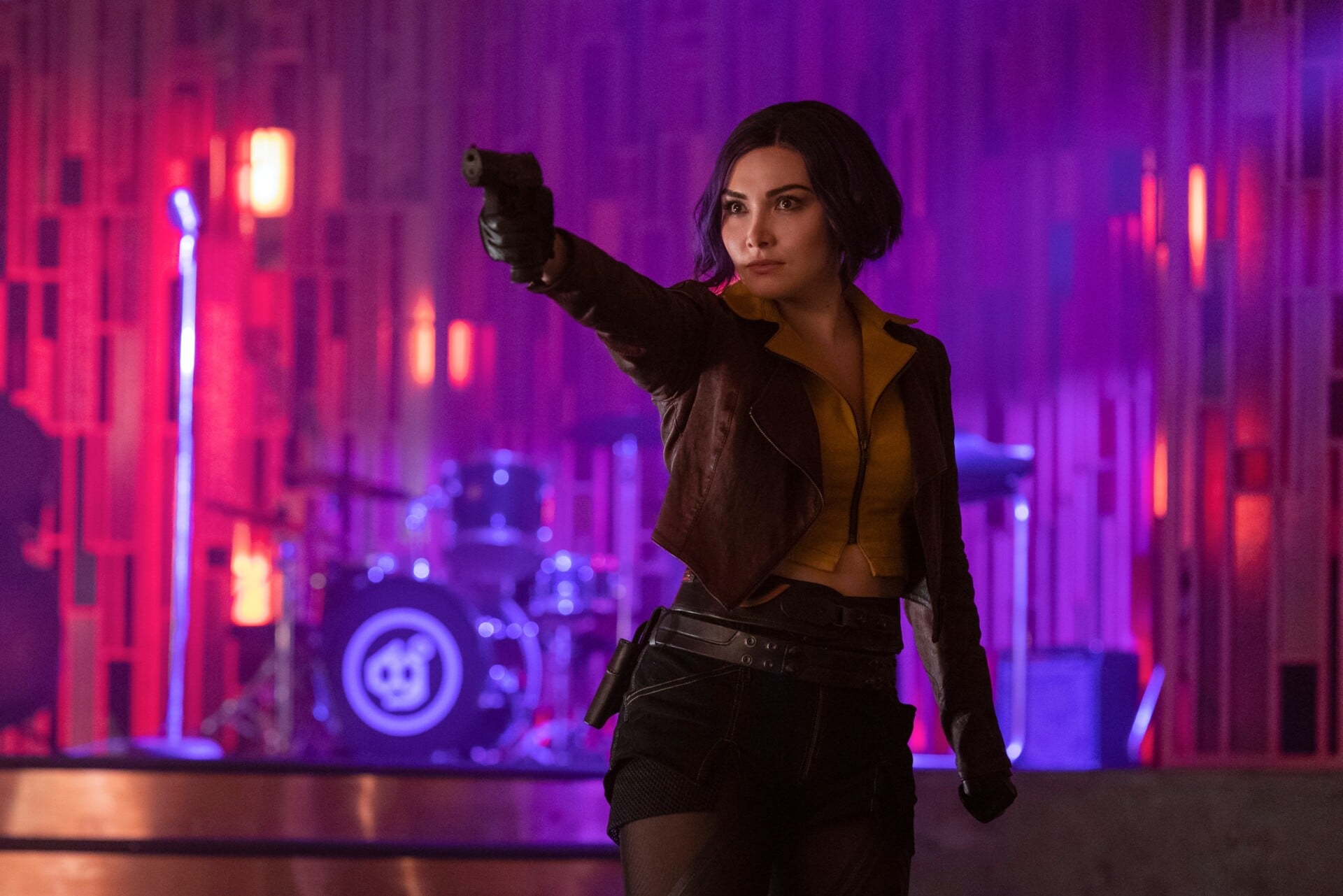 Adaptations aren’t intended for fans of an original work. Instead, they aim at broader (or sometimes just different) audiences. At best, they’re gateways for new fans to maybe take a look at the original if they like the adaptation. Netflix Cowboy Bebop wears that identity with pride, targeting as it does the broadest audience possible. It’s aimed firmly at fans of seamless, frictionless watching experiences, but that doesn’t mean it abandons everything that made Cowboy Bebop memorable.

The music is an obvious touchstone, with Yoko Kanno returning as composer and concocting a new score that bends and blends genre as readily as ever. Beyond its distinctiveness, Cowboy Bebop’s music was a feature of its expressionist tendency, constantly heightening and emphasizing the complex emotional framework of the story. However, the impact of the music in the adaptation doesn’t quite square because of changes made to the other key driver of expressionism: the visuals.

Muted color palettes, lingering shots, and a sparsity to the animation imbued the original with a tangible sense of the loneliness within Spike, Jet, and Faye. Likewise for the mysterious, understated menace of Vicious. The entire stylistic apparatus heightens the mood. The live-action interpretation takes a very different approach to achieve the same end. Instead of expressionism, it leans on melodrama, bordering on pantomime. The acting intentionally avoids naturalism, and most of the sets are distractingly unrealistic. The conflicting styles share the same underlying goal of exaggeration, but their manifestations make them feel very different. 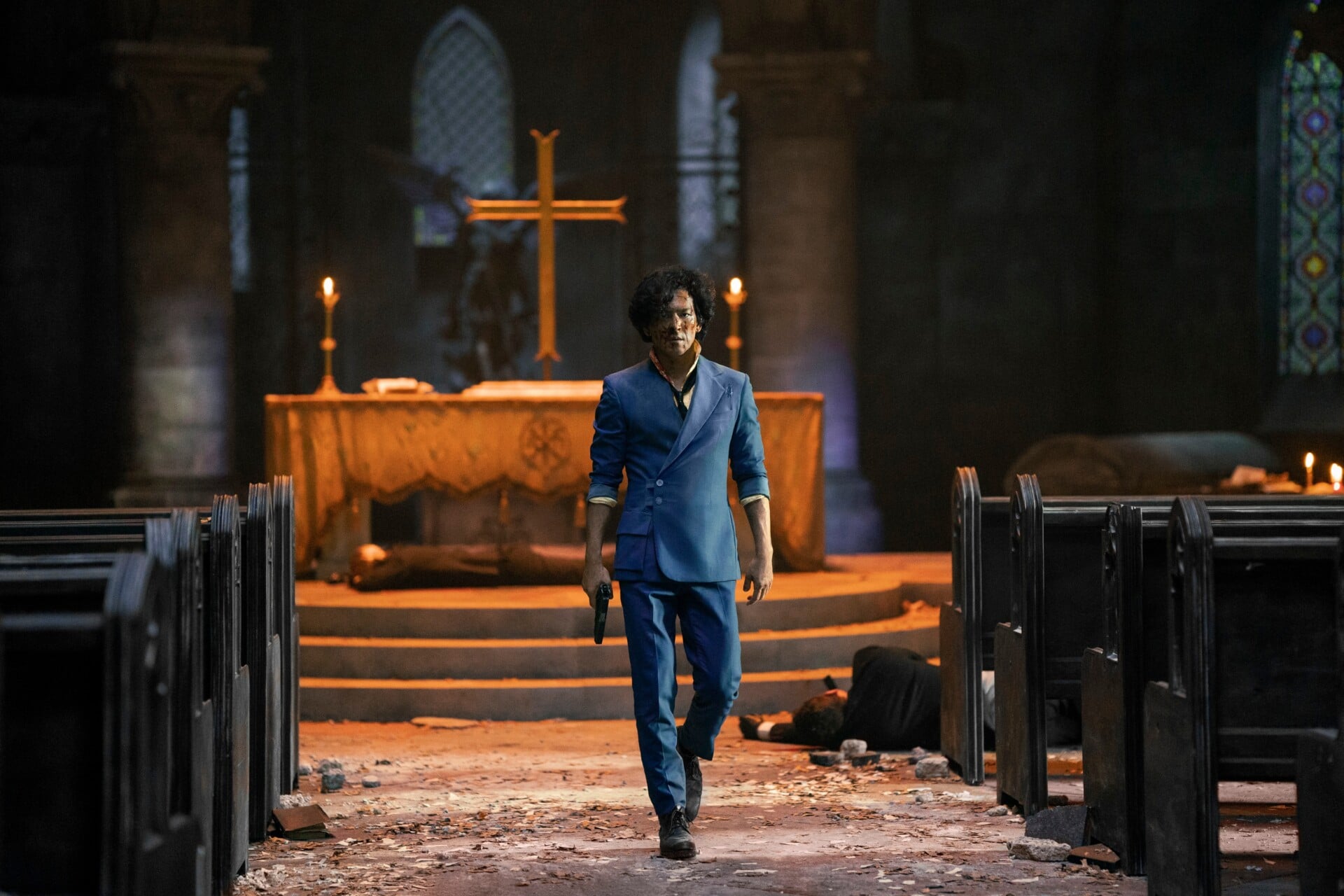 While it’s easy to point to those changes as examples of why Netflix Bebop is an inferior product, they are preempted by other factors that have guided the adaptation. The contexts of its creation and existence are different.

Switching from a traditional broadcast release to a streaming release meant that the series had to be binge-ready. Because of its episodic nature, the anime feels like it has time to breathe. Each episode stands alone, acting as a character study or reflection on a particular theme. In 2021, that approach can seem like a barrier to engagement because the storytelling landscape has conditioned us to expect clear lines of conflict. Netflix Cowboy Bebop delivers that.

The role of Vicious in the story and his historical relationship with Spike are more explicit — and Vicious’ own arc is expanded to give greater context to his actions. The same is true for Faye’s amnesiac past and Jet’s new family dynamic. The anime would take entire episodes to give just a small, often unclear glimpse into the backstories of the characters. The live action lays it all bare with fast-paced, quip-laden dialogue, and those threads are repeatedly pulled upon throughout the series in a way they weren’t before. Ergo, Faye’s “mother” is introduced in one episode before becoming a major player later; Jet’s relationship with his daughter crops up multiple times and proves to be a crux point for the series climax; Vicious’ early actions recur in motif. 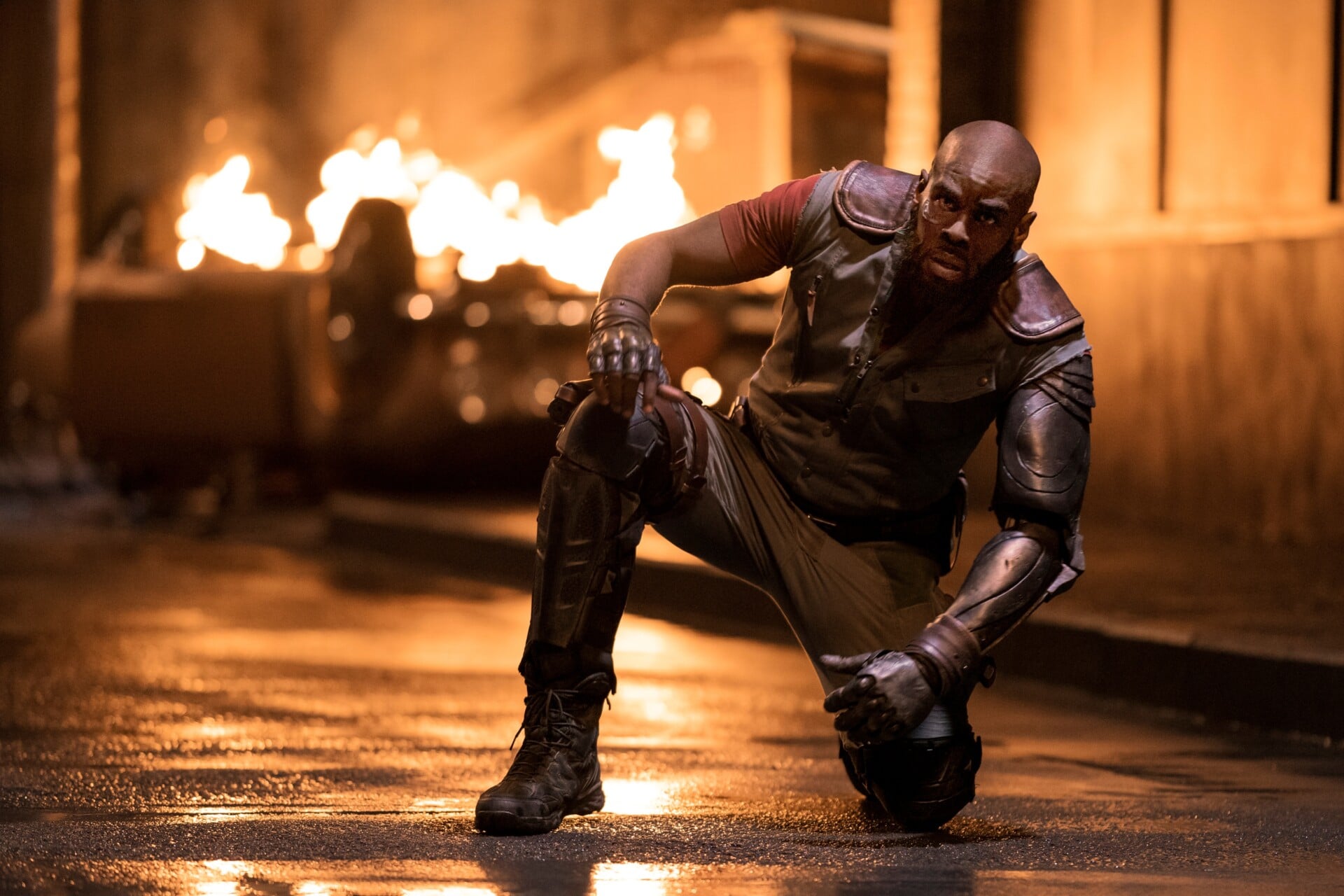 This structural change creates stronger narrative throughlines that position the series in a binge-ready format. Viewers don’t need to piece together the puzzle in the week’s break of a broadcast release — they simply click the button and move on to the next episode. The more constant pacing of the live action is an adaptation for the distribution model of the series.

Those changes also contribute to an overall shift in tone that reflects the transformation of culture over the past 20-odd years. One of the prevailing moods of the anime is a kind of world-weariness. What makes for spectacular adventures for the viewers are difficult, everyday realities for Spike, Jet, and Faye. Try as they might, the characters can’t escape their pasts or the cycles that they’ve become trapped in. They exist. They pass time. It reflects the reality of boredom in a pre-digital world, where we had to wait for information, where plans could not be made and actioned on a whim. It was downtime.

Boredom has changed. Boredom is now filled by doom-scrolling our social media feeds or putting something on a streaming service as background noise. Boredom is avoided by instant messages with friends or updating Instagram or TikTok. Boredom itself has become fast-paced, and that’s captured in Netflix Cowboy Bebop. Spike isn’t any less world-weary than he was in the anime. It’s that the world has changed. Involvement has replaced ennui. The entire crew of the Bebop throw themselves into situations more willingly because distraction and #FOMO is how we deal with boredom in 2021. 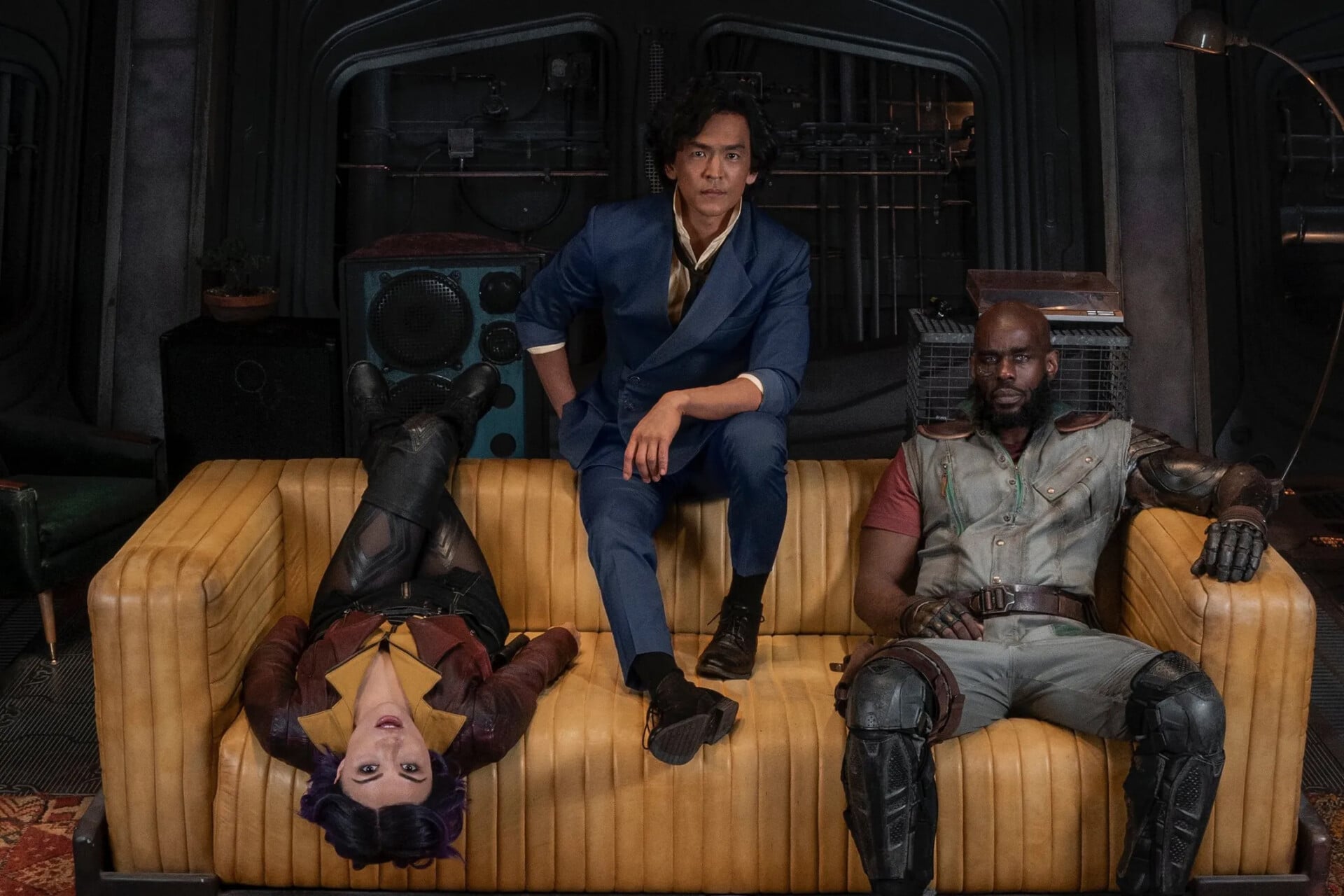 As an adaptation, Netflix Cowboy Bebop succeeded. Contrary to what many vocal fans online think, it was a love letter to its source material — reinterpreting its key themes and vibes in a format that’s more palatable to audiences experiencing it all for the first time in 2021. But the approach wouldn’t have mattered. A shot-for-shot remake would have been blasted. A wholly original story would have been derided. The fans were never going to be happy. Whether because of that entirely predictable negative reception or simply because of the financial realities of production, we’ll never have the opportunity to see Netflix Bebop strive to become its own thing.

And that may be the most frustrating thing about the adaptation. The ending was another concession to 2021. The anime ended. The live-action series didn’t. And now, it never will.