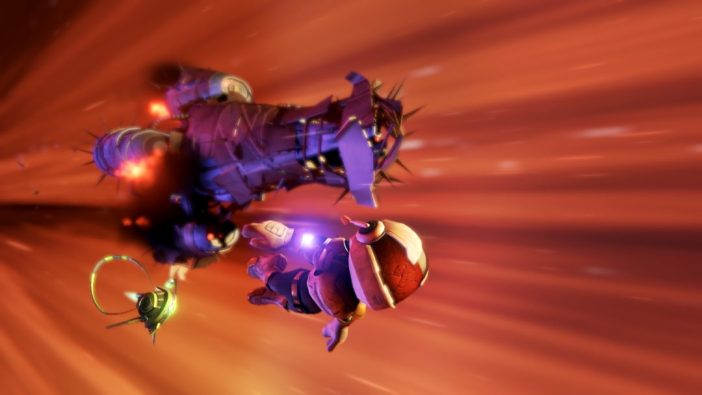 This week, Escapist Magazine is brought to you by Lost Orbit. Here’s a word from our sponsor.

Developer PixelNAUTS is set to release a definitive edition of its acclaimed original game — Lost Orbit — on July 16. This unique dodge ’em up will bring with it 12 new story-driven levels in a brand new solar system, 15 new challenge levels, and new gameplay mechanics such as smash explosives, drill asteroids, and grind rails for the best momentum-driven experience yet. You can expect overall gameplay improvements and polish such as new mechanics, increased levels, and more.

Lost Orbit finds players stranded in space after their ship gets destroyed. You’re tasked with finding a way home using only your suit’s thrusters. What makes Lost Orbit engaging is that the team has taken concepts from shoot ’em ups and racing games to create this hybrid experience that sees you completing levels as fast as possible while avoiding the hazards floating around in space. Check out the rapid new gameplay and deadly galactic obstacles in this new trailer.

In Destructoid’s 8/10 review of the first edition, editor Darren Nakamura wrote that “it is only ever as easy or as hard as the player wants it to be, and it does that through smart design rather than by artificial difficulty tweaks.” Lost Orbit is simple in execution, but the challenges will make you want to keep coming back to master each level. Here’s what’s new:

Lost Orbit: Terminal Velocity will also be making its debut on the Nintendo Switch and Xbox One with all this new content soon. Pre-order your copy today!