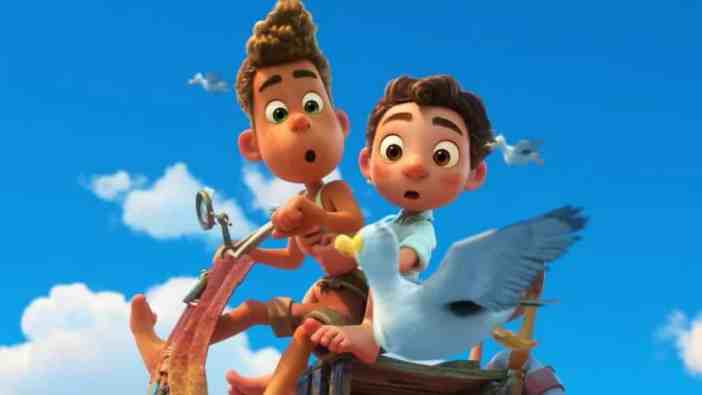 The next heartfelt Pixar adventure is looking to switch things up a bit. While Luca seems to play easily into Pixar’s fantastic formula for making incredible films, the animation style this time around seems to be pushing in a new direction. As the first trailer for Luca shows, the characters have an almost claymation feel to them that seems more Aardman Animations, the creators of Wallace and Gromit and Shaun the Sheep, than traditional Pixar.

The film, which is being directed by Enrico Casarosa, tells the story of Luca (voiced by Jacob Tremblay) and Alberto (voiced by Jack Dylan Grazer) as they have an adventure-filled summer in an idyllic Italian town on the coast. However, they both happen to also be squid creatures (you’re a kid now, you’re a squid now) whenever they’re in the water. The two must keep their secret as they befriend local girl Giulia (Emma Burman) since the townsfolk clearly do not like creatures from the sea.

This is Casarosa’s directorial debut, though like many Pixar directors he’s come up through the ranks at Pixar to get to this point. He’s worked on Coco, Ratatouille, and Up, giving him plenty of experience making classics. Casarosa also directed the Pixar short La Luna, which played before Brave. Obviously that short has many of the same visual markings as Luca does, and he’s also bringing in a love for the Italian coast to this film as the trailer almost presents it as a third star in the film, lovingly recreated in gorgeous animation.

Luca is currently scheduled to land in theaters on June 18, though that could change. Disney moved Pixar’s Soul to Disney+ last year, so it may do the same here if the pandemic isn’t quelled by then. It may also take a dual approach like it is with Raya and the Last Dragon, which is landing in theaters and for a premium price on Disney+ at the same time.