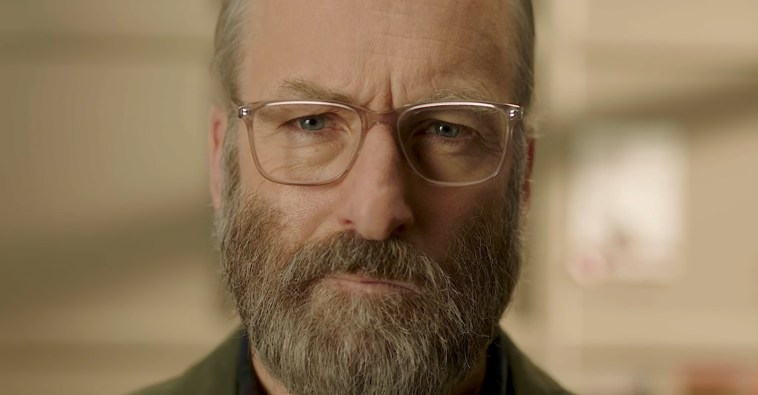 What do you do after you’ve finished starring in one of the greatest shows in television history? You go star in something else, of course. Hot off his career-defining role as Saul Goodman in Better Call Saul, Bob Odenkirk is returning to star in another new AMC series, Lucky Hank, which has received a short teaser and a premiere date of March 19, 2023. Lucky Hank comes from, among other people, an executive producer of Breaking Bad and Better Call Saul, which doesn’t necessarily mean anything but sounds good for PR purposes.

The show had previously been titled Straight Man, because the show is based on a novel of that name by Richard Russo. This series is “an eight-episode mid-life crisis tale about the unlikely chairman of the English department in a badly underfunded college in the Pennsylvania rust belt.” The premiere date teaser for Lucky Hank just features a close-up on the face of Bob Odenkirk, who delivers the following voice over: “I’ve always been a difficult man. I specialize in minor strife and insignificant irritation. That’s my lane.” That sounds about right for an English teacher.