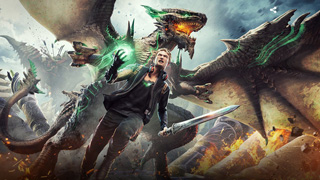 Microsoft has renewed the trademark for Scalebound, which has of course sparked a ton of rumors on the internet.

In January of this year, Microsoft announced that it had cancelled the long-awaited Scalebound from Platinum Games. It was a blow to fans of the game and the Xbox One, as the game was one of the most-anticipated for the console, and had been in development for four years. The noise around the game had largely died down, and most folks had accepted that it wasn’t going to happen until today, when it came to light that Microsoft had renewed its trademark on the game’s name. This was the second trademark extension that Microsoft had filed on Scalebound.

The news appeared on SomosXbox, which found the trademark renewal on Justia Trademarks. Once the word got out, rumors began flying that Microsoft was working on the game again, with one user going so far as to post that “Development is resumed, led by and entrusted to an important “close” MS team.”

Obviously, this is a lot of stretching based on just a trademark renewal. While it could be the case that MS is working on bringing the game back to life, it could also be that it just wants to protect the IP and its rights to the name. In fact, Windows Central says that its sources say that “Scalebound is not in development by Microsoft or a ‘trusted team.'”

It sounds like the odds are that this is nothing more than a company protecting its interests in a game that it has already invested a lot of time and money into. As much as you might want to see Scalebound return, it doesn’t sound likely at this time.