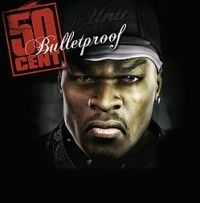 The upcoming 50 Cent: Blood on the Sand may be set in the Middle East but according to the developer there’s no “geopolitical context” to it.

In an interview with CVG, Swordfish Studios game director Julian Widdows described the setting as an “everyman’s war zone,” adding, “It’s the hood beyond the hood.”

“It’s clearly a crime story,” Widdows said. “The arch bad guy – we can’t tell you who it is but it’s a pretty high profile American actor – will be instantly recognizable. But he’s an American. The first key bad guy that you encounter, who you’re actually working for at this point, is an American. The guards you shoot in the third act are all Russian. And so it’s an international crime syndicate which is operating in this everyman’s war zone.”

Widdows also claimed that Fiddy has had creative input on the game, although somehow not with the developer. “He took a look at it and he was like, ‘You know, it looks really cool, I’d like something a little bit more.’ The guy’s a gamer, which in and of itself is actually an advantage because he came in with a very honest, very open opinion – ‘As a gamer, I want more than just a core experience,'” Widdows said.

One thing that may come as a surprise is that the game will not contain the extreme levels of graphic violence seen in the earlier Swordfish release Cold Winter, such as dismemberment of enemies. “We decided not to [include that],” Widdows explained. “Because it’s a next-gen game, we realized that if we were to do limb removal with characters of the quality we’re looking at, it was going to start to get pretty graphic. … We felt that, if we were going to go for an arcade game like this, that was actually inappropriate. We didn’t want to go to that level.”

50 Cent: Blood on the Sand is currently slated for release in fall 2008 for the Xbox 360 and PlayStation 3. The full interview with Julian Widdows is available here.

Sam & Max Coming to the Wii