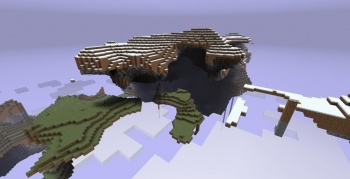 Even though it’s coming to almost every other platform, Minecraft won’t find a home on Sony’s newest system.

Minecraft is available to play on just about any system you could want. It’s already out for PC and Mac, with mobile versions on both iOS and Android. It’s even scheduled to come to the Xbox 360 (eventually). However, Mojang’s Daniel Kaplan has announced that his company doesn’t intend to bring the game to the PlayStation Vita.

Kaplan was conducting a webchat interview when he revealed the lack of Vita plans. This is a bit of a surprise, since Minecraft: Pocket Edition launched on the Sony Xperia Play (billed as being the first PlayStation Certified phone). The mobile game became the Android Market’s most-downloaded game on a global scale, too.

That said, the company’s got a couple of other games that are going to be released across multiple platforms. Kaplan stated that Scrolls “is definitely coming for touch screens,” while Cobalt (Mojang’s first third-party game) may come to other systems since “the controls don’t fit the touch screen.”