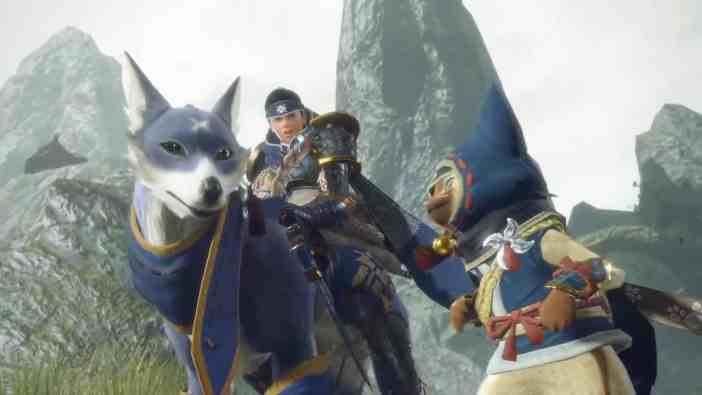 Both the Beginner and Intermediate quests can be played solo or in local and online co-op. The Beginner quest will have you face off against the Great Izuchi, a bird-like bipedal creature, while the latter has Mizutsune, a leviathan-looking monster. Players will also be able to bring along the Palico cat and Palamute dog companions with them for support.

The Shrine Ruins location will be the primary setting for this Monster Hunter Rise demo, and players can utilize the new Wirebug mechanic. It offers a variety of movements, including scaling large walls and even midair suspension. The Basic Training quest will teach these aforementioned skills, and the Wyvern Riding quest introduces the new Wyvern Riding mechanic.

If players damage monsters enough with “Silkbind” attacks using the Wirebug, they can mount the monsters and control their movements. Players can also slam monsters into walls and attack other enemies in the vicinity.

Monster Hunter Rise was announced last September for Nintendo Switch, and the game will release worldwide on March 26.