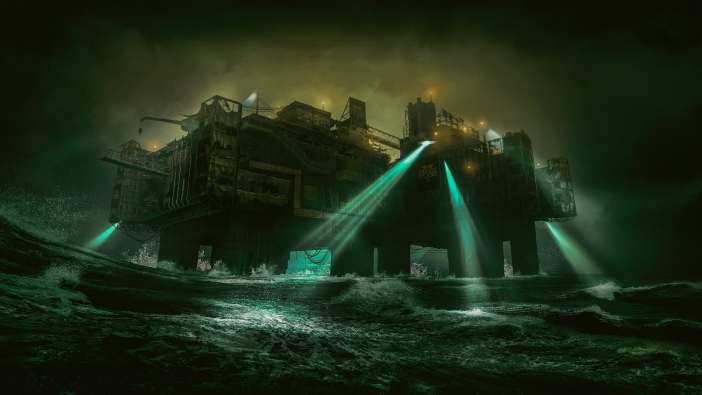 Team Junkfish has shared more information around Monstrum 2 today, including revealing a new cinematic trailer. It is a multiplayer survival horror game that takes place on the abandoned sea fort, Sparrowlock. Players assume the role of either prisoners or a monster.

The monster will hunt down the prisoners, while the prisoners need to avoid the monster’s clutches as they try to escape the sea fort. The particular monster in the trailer looks to be a wolf-like creature, and the prisoners all have the same appearance with shaved heads and blue outfits. One match in Monstrum 2 can include up to five players, with four playing as prisoners and one as the monster. However, the scale of the match’s objective will differ depending on the number of players starting in the match.

Monstrum 2 will launch in Early Access during Q4 2020 at a preorder price of $12.99. Preorders will include guaranteed access to the game’s closed beta, as well as secure an exclusive nameplate. Additionally, players will receive the M1 Classic Brute and Prisoner skins, as well as an M1 Classic Prisoner accessory.

Junkfish only has plans for Monstrum 2 to be available for PC at the moment. The studio hopes that console versions will happen in the future, but the priority right now is to make the PC version the best that it can be.