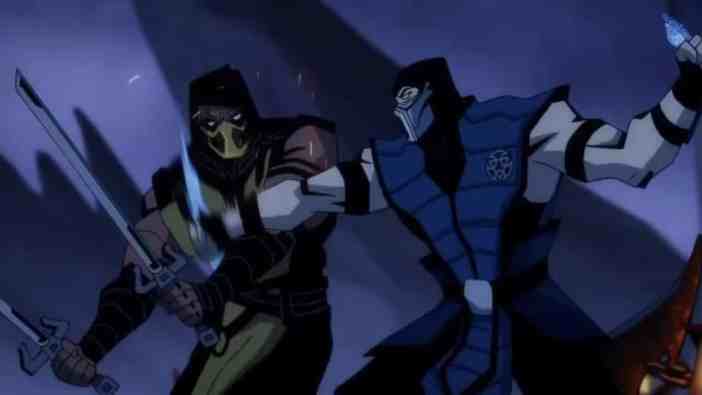 It’s Mortal Kombat exactly like you’ve seen it before! The red band trailer for Mortal Kombat Legends: Scorpion’s Revenge is here, and it’s full of the blood and guts and cursing that should really be expected from an animated film based on a video game series that is designed around being as gruesomely violent as possible.

The R-rated film focuses on Scorpion’s origin story. Scorpion (Patrick Seitz) is out for revenge against Sub-Zero (Steve Blum) after the ice ninja destroys his home and family. Given the chance for that revenge in the next Mortal Kombat competition, he takes it and joins the fight alongside a host of other classic MK characters like Johnny Cage, Sonya Blade, Liu Kang, and Raiden. In addition to the blood and cursing, the very NSFW red band trailer shows there is even Mortal Kombat 11-inspired X-ray killing.

The film is akin to DC Comics animated features as both properties are owned by Warner Media, and the same studio, Warner Animation, is producing the cartoon. Ethan Spaulding, the director of Batman: Assault on Arkham and Justice League: Throne of Atlantis films, is directing. If it does well we should expect more movies to appear based on MK characters as WB is gearing up to turn this into a larger franchise outside of gaming, including an upcoming live-action film.

Mortal Kombat Legends: Scorpion’s Revenge is set to release on April 12 on digital and April 28 on physical media.