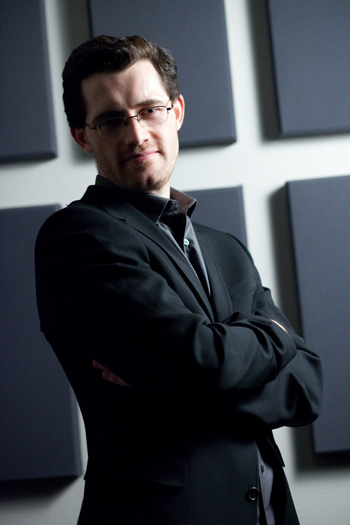 Composer Austin Wintory violated American Federation of Musicians’ rules by recording the score for The Banner Saga in Texas under non-union auspices.

The Banner Saga composer Austin Wintory may face expulsion from the American Federation of Musicians for refusing to pay a $2,500 fine he received for recording the game’s score under non-union auspices.

If Wintory does not pay the fine, the AFM will expel him. Wintory told Variety his lawyers are “dealing with the realities of the board’s ability to expel me.”

Wintory recorded the score for the game The Banner Saga in a right-to-work state, a statute that states no person can be denied employment because of non-membership in a union, after he discovered recording with union musicians in Los Angeles would be twice as expensive as recording in London after a revised union contract. In 2012 the union instituted a heavily restrictive contract that game publishers refused to sign.

A committee task force put together the AFM Video Game/Interactive Media Agreement, effective December 1, 2012, without speaking to composers or musicians of the union to vote on it. Because publishers refused to sign it, many union members were unable to find work and turned to work without union sanction.

Wintory explained how the AFM has “effectively made it impossible” for composers to make music for games. Wintory said no AFM musician had been able to find work after 2012 for new video game scores. He specifically spoke out against the intimidation from his union.

The AFM and Microsoft worked out a new agreement in June 2014 to replace the old contract. The new contract allows game publishers to use music from games in commercials for an additional payment.

Wintory has declined to pay the fine “on principle,” and he has offered to make a $2,500 contribution to Education Through Music, a Los Angeles-based music charity, instead.

The AFM board’s actions are at odds with the local L.A. chapter, Local 47, who support Wintory through a resolution passed in October.