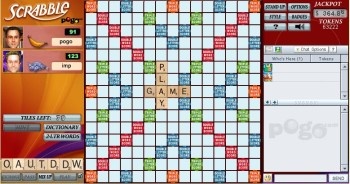 Despite predictions, the honor of becoming the one millionth word in the English language will not go to “n00b” but will instead be awarded to a word that’s possibly even less legitimate: “Web 2.0.”

That’s right, “Web 2.0” has been named the one millionth word in the English language by the Global Language Monitor, which uses mathematical formulas to track the frequency of words and phrases in the media. “Web 2.0” became a mainstream term fairly recently, the Global Language Monitor said, becoming widely accepted and appearing more than the requisite 25,000 times in searches within the past six months. “n00b,” which had been suggested as a potential millionth word back in May, wound up coming in 999,998th.

Other words beat out for the top spot include “recessionista,” “sexting,” “octomom” and “slumdog,” as did the non-English terms “Chengguan” and “Jai Ho!” In fact, questions about what constitutes a legitimate English word, complicated by compound words, obsolete terms and other issues, led University of California at Berkeley Linguistics Professor Geoffrey Nunberg to dismiss the ranking entirely. “I think it’s pure fraud,” he said. “It’s not bad science. It’s nonsense.”

But Global Language Monitor President Paul Payack defended the process and its value. “If you want to count the stars in the sky, you have to define what a star is first and then count,” he said. “Our criteria is quite plain and if you follow those criteria you can count words. Most academics say what we are doing is very valuable.”

Founded in 2003, the Global Language Monitor estimates that one new word is added to the English language every 98 minutes; the one million word threshold was crossed at 10:22 am GMT on June 10. And the march continues inexorably forward: The 1,000,001st word has already been determined as “financial tsunami.”