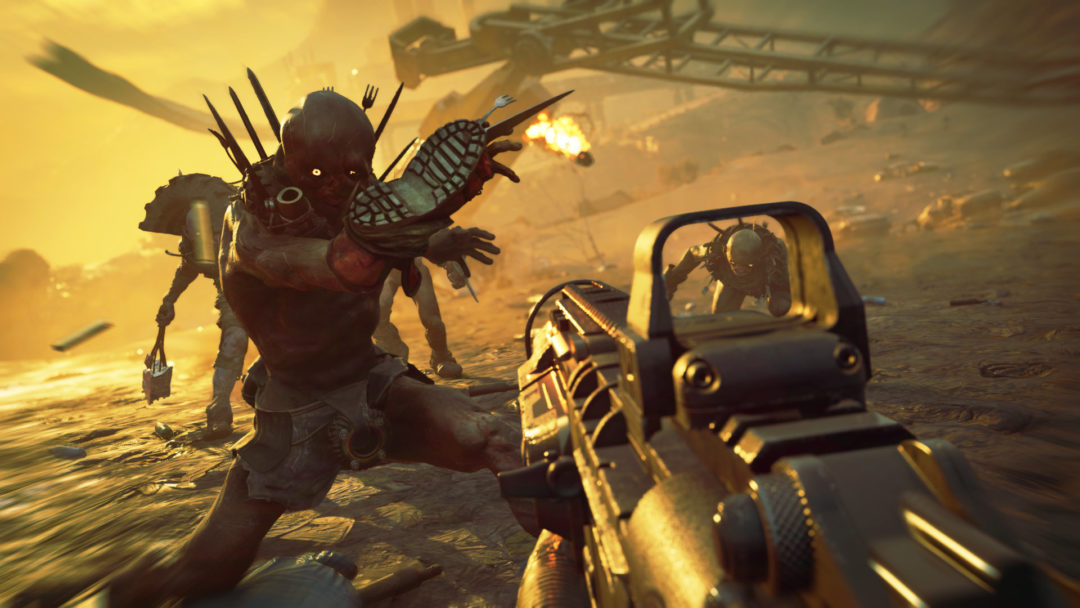 Bethesda plans on using “He’s On Fire” and other cheat codes to keep players hooked on Rage 2. Per a blog post on the company’s website: “People say cheaters never prosper, but those people are boring and don’t know what they’re talking about. Rage 2 is adding an old school layer of over-the-top fun and introducing a Cheats system to the game, meaning your already insane action is going to get… just plain weird.”

Other gameplay modes available at release include Git Gud, which makes enemies go down in one hit, Son of Thor, which literally electrifies your character, and Phoenix Rejector Seat, which ejects your vehicle rather than you. The cheats can be unlocked via currency earned in-game and purchased from the Wasteland Wizard, a friendly mystical mutant. The modes can’t be bought with real currency, but some can be unlocked at the game’s start if you purchase Rage 2’s deluxe edition.

Rage 2’s senior gameplay programmer Peter Hastings said in the blog post that he views the cheats as part of gaming’s legacy. “Cheats have been an integral part of games since someone first typed ‘idkfa’ into the original Doom,” Hastings said. “And we’re proud to be keeping that tradition alive. Plus, they’re just really funny.”

Bethesda plans on adding more cheats post launch to entice players to keep playing. For now you can enjoy Rage 2’s “He’s On Fire” trailer below. Rage 2 releases on May 14, 2019.